How does a TCP segment fit into a smaller IP packet?

The IP protocol can handle fragmentation and it includes the fragmentation offset and identifier. I know this comes into play when your IP packet is too big for some specific network or link where the MTU is lower then the previous one.

But from my understanding this is fragmentation in the Networking layer, turning an IP packet into multiple IP packets. Meaning that you only have the Transport Layer Header present one time, and a new Network layer header for each smaller IP packet.

I hope my understanding of this is correct. Anyway, after the image comes my actual question: 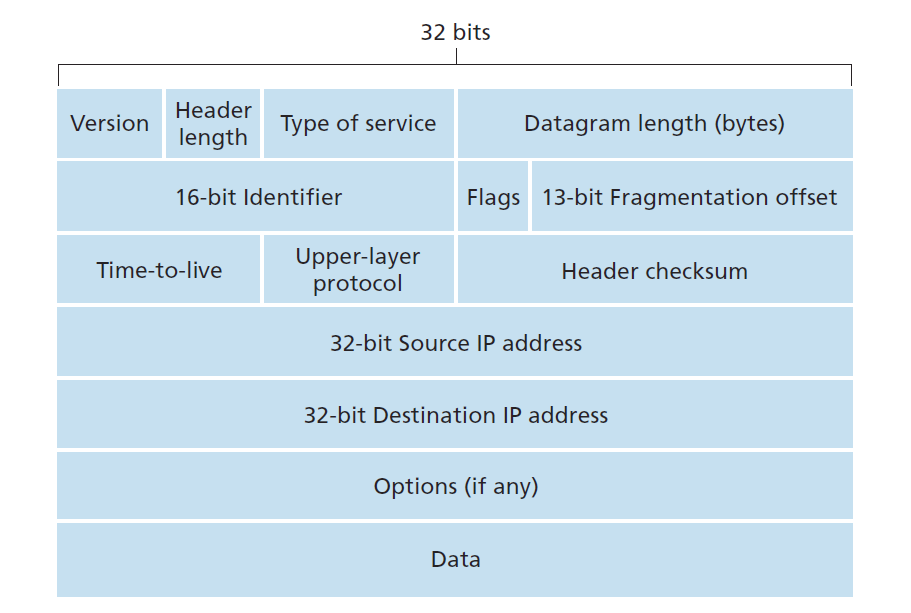 Let's say your IP packet length is limited by 1000 bytes including the header, due to the MTU of 1000 bytes.

What actually happens if for some reason your TCP segment is bigger than 980, thus exceeding the maximum IP packet size?

Does the fragmentation occur before this, in the transport layer? Are multiple smaller transport layer segments, each with its own header sent into the IP layer with the correct size?

After the routing decision is made for a given packet, it is scheduled to go out of a particular interface. If the packet is too big for the MTU of the link, it is sent as two or more IP packets containing fragments. The details are in Internet Protocol RFC 760 section 2.2, but in brief the first one has the beginning of the packet including the TCP header, and the later ones are just continuations. The receiver can tell there are more by the "More Fragments" flag in the header, and sees where they go by the Fragment offset.

As the beginning of the IP packet payload is in the first fragment, only the first fragment has the TCP header. The subsequent fragments will just begin with their appropriate part of the payload, probably bytes from the middle of the TCP stream.

This mechanism is IPv4-specific, and isn't directly related to the content of the packet. TCP tries to keep the packets inside the MTU by adjusting the maximum segment size of the TCP stream, but if the MSS is too high, you'll get the fragmentation.

Remember there's also a "Don't Fragment" flag, which if implemented, means instead of forwarding the fragments, the system will drop the packet and send an ICMP error back (unless configured not to).

Remember also that this "do I need to fragment this packet" question happens for every packet going out of every interface. Even if the interface out of a server has a MTU big enough for a given packet, some router along the way might have a much smaller MTU -- this is the "path MTU" issue. Any routing change, such as for load balancing or fault recovery, can change the path MTU. As a consequence of this, it's legitimate for fragments to arrive in the right order, overlap, be partially duplicated.

Finally, don't forget that fragments can be misformed on purpose: such as sending duplicate portions of the data, which can lead to some unpleasant security problems. Consequently many routers and firewalls do a certain amount of reassembly even though strictly speaking they don't this isn't needed to do the router's job -- it could just forward the fragments.

How is the fragmentation handled here?

We have to distinguish two cases:

Case 1: Layer-2 does not allow a frames of such a length

In this case an IP packet of 2000 bytes size (or whatever size is required) is built and the TCP segment is inserted into that 2000 byte IP packet.

This packet will be fragmented on IP layer (layer-3) so it can be transmitted in fragments of let's say 500 byte size..

This happens completely on IP layer; TCP layer does not know that the IP packet of 2000 bytes size is fragmented.

In some cases the sizes of IP packets may be restricted. (As an example there are some CGNATs allowing IP packets of limited size only.

In this case the TCP layer (layer-4) simply cannot send segments of such a long size.

In the first packet of a TCP connection both computers involved in a connection can tell the other computer the maximum size of a TCP segment the computer is able to receive.

If a computer supports only IP packets up to 800 bytes size, it may tell the other computer that TCP segments of up to 700 bytes are supported, so the resulting IP packet will be less than 800 bytes long.

Not the answer you're looking for? Browse other questions tagged ip network transport-protocol fragmentation or ask your own question.

7
How do Endpoints in a TCP conversation determine their MSS?
2
Maximum packet size Ethernet Frame and IP packet
0
Do MSS/MTU violate the protocol stack layers independence?
1
Fragmenting a Tunnel Packet
2
Why is the minimum MTU of a IPv4 packet 68 bytes?
4
Why are Internet hosts "not required" to receive an IPv4 datagram larger than 576 bytes?
6
How does the transport layer tell UDP apart from TCP?
0
How is ICMP Packet Too Big handled in IPv6?
0
How many IP packets are sent for a smartphone image?
16
Why does one say IP fragmentation is bad and to be avoided when in reality data always needs to be fragmented for MTU compatibility?