I have the following lab setup in GNS3. R1 & R2 are VPN endpoint at my datacenters and R3 is simulating a remote site. What i'm trying to accomplish is having one tunnel from R3 to the datacenter that leverages both R1 & R2 using HSRP and stateful failover. The configurations I'm attaching work, however the failover time is slow (30 sec+) and also fails when normalizing the solution. Would there be some timers I can adjust or perhaps leverage something else to speed up this process? Or would it just be best to scrap the HSRP solution and use two tunnels and let OSPF failover? 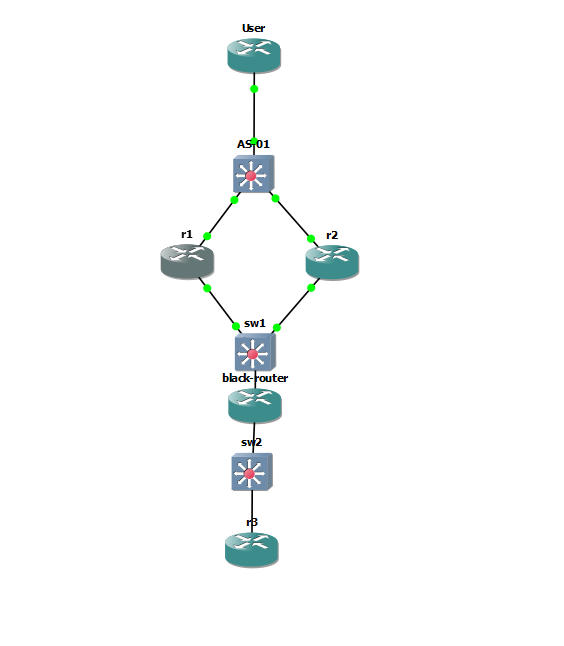 Here is a picture of what happens when shutdown r1 to test.

Would there be some timers I can adjust or perhaps leverage something else to speed up this process? Or would it just be best to scrap the HSRP solution and use two tunnels and let OSPF failover?

Yes, there are HSRP timers that you can adjust, and you could use sub-second timers, but that will drive up the CPU utilization to possibly unacceptable levels. Cisco has a lot of documents describing HSRP features and configurations:

Each router only uses three timers in HSRP. The timers time hello messages. The HSRP converges, when a failure occurs, depend on how the HSRP hello and hold timers are configured. By default, these timers are set to 3 and 10 seconds, respectively, which means that a hello packet is sent between the HSRP standby group devices every 3 seconds, and the standby device becomes active when a hello packet has not been received for 10 seconds. You can lower these timer settings to speed up the failover or preemption, but, to avoid increased CPU usage and unnecessary standby state flapping, do not set the hello timer below one (1) second or the hold timer below 4 seconds. Note that, if you use the HSRP tracking mechanism and the tracked link fails, the failover or preemption occurs immediately, regardless of the hello and hold timers. When a timer expires, the router transitions to a new HSRP state. The timers can be changed with this command: standby [group-number] timers hellotime holdtime. For example, standby 1 timers 5 15.

There are also other things you would want to do for a true HA scenario. For example, you should have a link between R1 and R2, and you should track the router interfaces to SW1, decrementing the HSRP priority when the link fails but the router is still up.

Not the answer you're looking for? Browse other questions tagged vpn ospf ipsec redundancy hsrp or ask your own question.

11
What is the proper way to config a Site to Site IPSEC VPN and a Remote Access VLAN on the same external interface? Cisco 891 ISR
3
Pre-fragmentation for IPsec VPNs on cisco routers
1
ESI PBX LAN-only VoIP phone forwarding thru IPSec tunnel - remote router sees packets but not phone, doesn't forward
2
IKEv2 Site to Site from Cisco ASA 5506 to Azure “RouteBased” VPN
1
Huawei AR160 IPSEC over DSL Packet Loss
1
PBR not working as expected
5
IPSec failure with `IKE message failed its sanity check or is malformed`
2
How to connect high-availability routers to high-availability firewalls
3
Traffic not send in IPsec with a Cisco ASA
0
High availability confiugration in Cisco 4331 routers