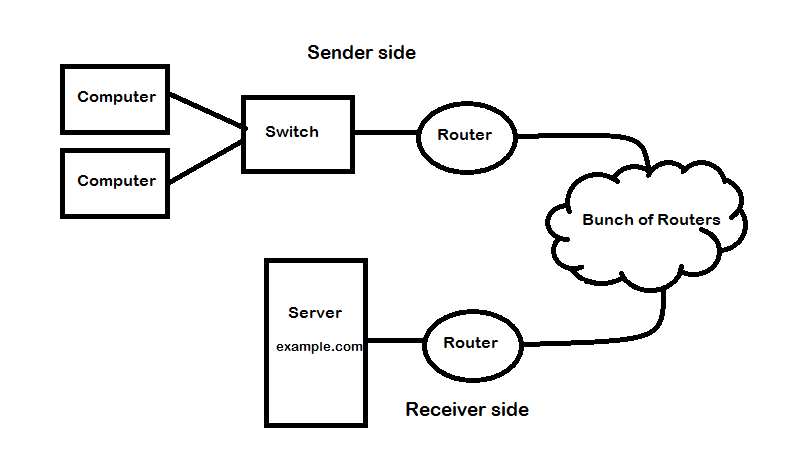 Take an example of searching www.example.com in a web browser. I have some confusions at each layer and they are

What happens next is my analogy. correct me if I'm wrong anywhere.

Now, the router takes the data, removes the MAC addresses, so that it can look the IP addresses and forwards the data to the next node (probably router) by looking into the routing table based on the destination address. That means, does the router append the MAC address of the next router.

And continues till it reaches the server.

At the receiving side router (the last router), does the router append MAC address of the server while transmitting? Ok.. somehow the requested data gets to the server. Does the server itself remove the data link headers, network layer headers?

And finally request has reached to server's application layer by unwrapping the headers layer by layer in the server.

Now, does it follow the same steps to send the requested web page to the client?

The fundamental thing to understand is the separation of layers: don't try to understand all the layers at the same time. And probably best not to start with complex ones like HTTPS. Also it's vital to remember that the OSI seven layer model is just a story to help explain similarities and differences of networking processes; it is not followed by the internet model of networking.

Try first with basic layer 2 and layer 3 frames and packets, then with simple protocols, perhaps Daytime (RFC 867), then HTTP, then DNS, then your example.

To get to your questions, try a top-down view:

Once that's clear, then you can drill down into how each of those works.

First things first: The TCP/IP suite of protocols was NOT based on the OSI model. Therefore, it is useless to attempt to describe them using that model. The TCP/IP model is much closer, but even so, models are abstract representations of functions, and they don't always match what is actually used.

You have many questions to answer, but let me make some general comments:

The reason we talk about layers at all is so functions can be decoupled from each other. The reason HTTPS doesn't include IP addresses is that HTTP doesn't care how servers are addressed. It could be IPv4, IPv6, or some other future protocol. HTTPS just expects a stream of data. How it gets there is not important.

DNS is a separate application protocol. It is not part of HTTP, nor is it required.

Before HTTPS information can be sent to the server, a session has to be established first. The TCP connection (3-way handshake) is set up before data is actually sent. The reason your computer knows to use port 443 is because that is the "well-known" port number for HTTPS traffic. It's the same reason that you know to call 911 (at least in North America) on your telephone to request police, fire, or an ambulance.

The data flow is simple.

Across a router you've got (from here): 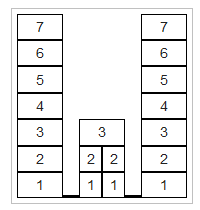 The applications sit in L7 and talk to each other using the full host stacks with a router in the middle, forwarding between interfaces at L3. Just add more router in between if you like. You can also add a switch anywhere that forwards at L2.

Not the answer you're looking for? Browse other questions tagged network network-core osi networking data or ask your own question.

11
OSI model and physical location of the layers

11
OSI model and physical location of the layers
6
In the TCP/IP model, how does the application layer inform the Internet layer of the destination IP address?
1
Does every application use the layers of the OSI model?
3
Encapsulation and decapsulation basics for OSI layer
4
How are duplicate packets handled at the Data Link Layer?
1
Does the physical layer is OSI ISO model add any header?
1
Confusion about TCP/IP data flow in layers
0
OSI model: the session initializes the communication?
0
What is responsibility of different layers of OSI model and intermediate devices between sender and receiver when data packets are lost/corrupted?