I'm trying to create a lab on PT and I've attached an image. But for some reason my PC is not able to get an IP address from the DHCP server. There is no issues with layer 1 and layer 2. I checked routing and that seems to be fine too. Any help is appreciated :) 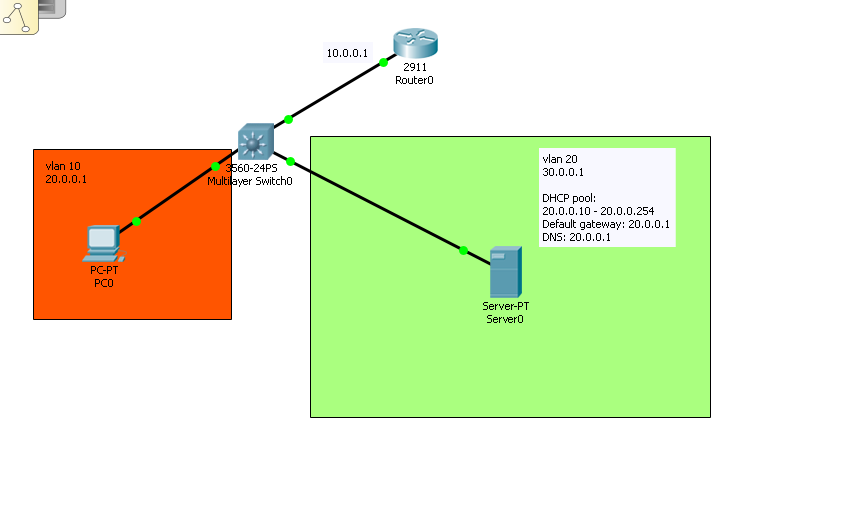 As DHCP is broadcast (v4) or link-local multicast (v6) nothing will happen unless you configure a DCHP relay on the router. This will listen to the broadcast / mutlicast turn it to a unicast message towards the DHCP server and the DHCP server will answer the clients request.

We really need to see the full configurations. For example, you can have a problem if you do not create the VLANs with the global vlan command, and your configuration doesn't show that:

You do not need to name the VLANs, you only need to create them with the global vlan command, but naming them is a best practice.

You also put the ip helper-address on the wrong VLAN. It needs to be on the VLAN of the hosts trying to get DHCP, not on the DHCP server VLAN.

There could aslo be other problems, but you have not given us the full configurations.