Do I need to protect SFP ports and optics from dust/contaminants? If so, how?

I have a used switch with some SFP ports and some SFP modules installed, which I don't use.

All new switches come with little rubbery bungs that block up unused SFP ports, but since this old procurve was in use, those bungs are gone.

1) Do I need to protect the physical empty SFP port? What's a good way to do so?

2) Do I need to protect the one/two ports in a SFP module? If so, how?

3) Should I remove the unused SFPs from the switch and store them elsewhere? 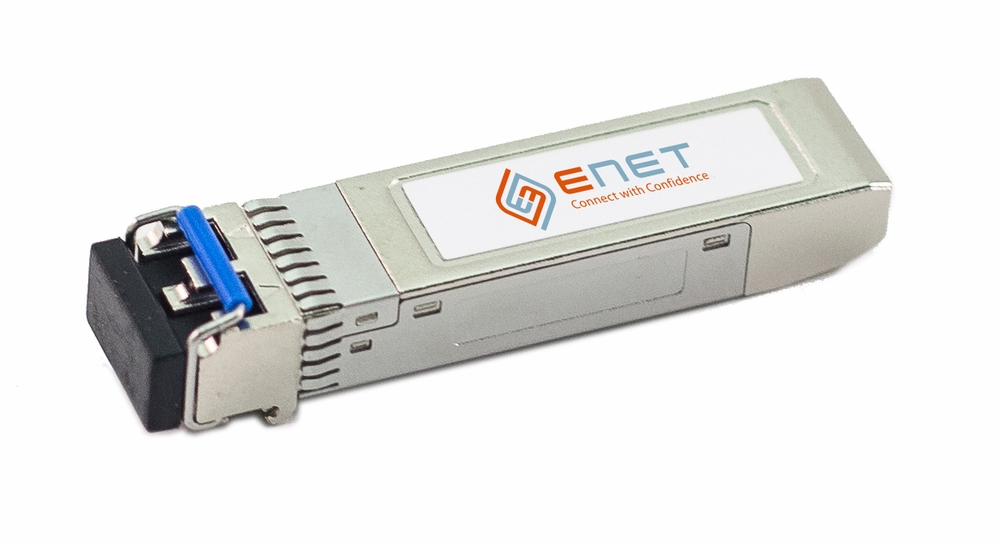 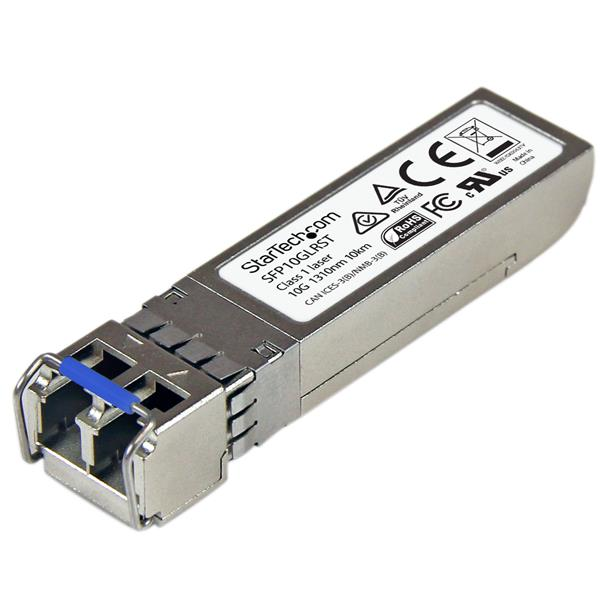 Empty SFP slots should be covered when not in use, so no dust is sucked up by the system fan - depending on how dusty the environment is, pressure of the fan etc, this isn't required at all times. Do make sure the slot is clean before inserting a module though.

You can use just about anything, even a piece of tape provided there's no sticky residue. Most RJ45 fillers fit pretty well.

You do need to protect unused LC jacks from dust. If some dust settles inside the connector it might be pushed to the end face when a connector is plugged. Dirt causes high attenuation including link loss and can be very hard to remove. Also, when the end face gets scratched you need replacement. If you remove unused SFPs and store them in a clean container that's fine as well. Don't forget about empty panel jacks, they're even harder to clean or replace.

You need to protect both, receive and transmit sides, from dirt.

You'd want to remove unused SFP modules. Leaving them idle still ages their electronics and optics (although modern SFPs have a pretty long service life) and saves energy (each watt amounts to 8.8 kWh per year).

Make sure you know (mark) where the transceiver belongs to, so you don't end up troubleshooting a failing link when the SFP simply isn't compatible.

Cisco writes the following about the dust caps:

For optical SFP transceiver modules, before removing the dust plugs and making any optical connections, observe the following guidelines:

Tip: For complete information on inspecting and cleaning fiber-optic connections, see the white-paper document at this URL:

Also, as written by serverAdmin123, i would disconnect the transceiver and get some dust caps to keep them protected.

Need to? Generally speaking no you don't need to do so. I have seen equipment used in construction trailers for years which have worked just fine when a SFP/GBIC is installed later.

However, I would recommend you do so. Why? Because there is the chance of causing a failure that could be more costly and/or time consuming than if you had put in a tiny amount of preventative work. Like many things, if you put a little more effort in when you have the opportunity, it will often save you (or someone else) a lot of time and/or frustration that could be avoided.

If you don't have something specific to the task, I personally like gaff/gaffer tape as it rips easily and tends to leave little to no residue when you remove it.

Again, need? No, but you should do so. If you don't have the caps to do so properly something as simple as a plastic bag or box that seals will avoid most of the potential problems. If something like that isn't handy, a small piece of the aforementioned gaffer tape will work in a pinch.

In any event, I always recommend getting and using a proper fiber cleaning kit whenever you make fiber connections. Always clean connectors and cables on both ends when making the connection. If you have it, some sort of fiber scope for inspections also helps.

I can't begin to count the times where a simple cleaning has stopped errors or low power issues on "problematic" fiber runs. Even with new equipment/cables that have never been used and have been capped, I often find that if you inspect them with a scope you will find traces of oil or residue from the factory present on the face of the fiber.

Let me say it again. Put in a little more effort when you have the opportunity and it will often save you (or others) time and/or frustration that can be avoided.

Let me ask, generally speaking, should you power off and/or unplug electronics you are not using? Same general answers apply.

First, electronics have a "life" expectancy. The longer they are in use, the more likely they will fail (excluding early failures often caused by defect). SFPs that are plugged in will be "in use" even if you connect no cable to them. While their MTBF (mean time between failure) may be significantly higher than the life of the equipment you are using them in, why tempt fate?

Second, it is a waste of power. While the power draw may be relatively tiny, it isn't to be overlooked. In data centers, there may be tight power/cooling budgets that any little bit helps. Or an organization may potentially have hundreds or thousands of SFPs that could be removed, multiplying that relatively tiny amount of power into something more significant (and costly). Finally, being green is good for everyone.

I think this is a somewhat broader question and i will put answer as much as simple. You need to protect Empty SFP module. You can purchase additional dust cap if it is required.

Generally most of electronic device has environmental requirements. If you can provide required environment device can have more durability.

I am confusing about your second question and third point is depend on environment. If you can provide better environment for transceivers than your server room. Definitely Answer is 'yes'. It will help to increase life time of transceiver.

Not only that I think it is good for any electronic device.

In addition to that follow device manual you can find many best practices which are recommended by manufacture.

While you should follow the manufacturer recommendations, I've seen dozens of SFP without dust caps in various states. Unfortunately not everyone you work with will be as diligent.

I've seen similar treatment for LC cables, though they generally hang with the connector facing down which reduces the chance of dust settling on the optic.

Personally I've never seen this introduce faults and have seen far more issues with failed SFP (ie: not detected on the copper side) and Cisco IOS not accepting SFP (there used to be a bug that IOS would not allow the newly manufactured SFP hardware address). Keeping in mind my sample set is relatively small, though I've not heard of anyone mention this causing issues.

Yes you should definitely spend the 2 seconds to chase down the rubber caps and put them back on, but it seems highly unlikely that it will introduce issues into your environment if someone failed to do it.

I have worked in optic communications for over 10 years and have a lot of experience with dust, cleaning equipment, transceivers and fiber scopes. In my opinion it would make a lot of sense to disconnect the transceivers and store them in a safe place. First of all you will save energy, both in the switch and for the cooling system. It will keep switch temperature lower thus giving your switch more lifetime.

You won't need to cover the SFP cage's holes, there is only an electric connection in the back. If you change transceivers very often you might run into connectivity issues as especially cheap equipment does not support a whole lot of connection cycles, but we are still talking about hundreds of transceiver swaps.

As for the transceivers themselves I strongly recommend dust caps. (Same applies for the LC connectors on the fibers). And do not assume they are clean when you buy them. I have seen dirty connectors on brand new cables, even with expensive brands. Always clean and check before you connect.

Cleaning transceivers is a different story. It MIGHT make sense but depends on the optics in use. There are usually 2 elements called TOSA and ROSA for transmitting and receiving. Some of them have accessable lenses you can clean with the right cleaning equipment (please no compressed air!) while others have a smaller hole in the middle and cleaning attempts will only make things worse. Unfortunately most transceiver vendors won't be able to tell you what they have in their transceivers, as most of them are OEM products anyway. The best way to check is using an electronic fiber scope.

Or - which works most of the time - you take the less professional approach and just take the chances and give it a try. Will also work for 80%+ ;-) But I would not recommend this for dusty environments where I have seen a nearly 100% failure rate on optical connections when leaving them open for some time. Hope this helps.

Not the answer you're looking for? Browse other questions tagged switch fiber sfp or ask your own question.

2
How to patch fiber connection from secured to unsecured ports
4
How to troubleshoot reason why ARP replies from ISP are not forwarded through our switch?
1
Diifference between sfp/sfp+ ports and unified ports
4
LACP and how to configure switches correctly
1
How to use" Multimode SFP GLC SX MMD" in Cisco Catalyst 2960 S connected LAN and single mode OFC network
0
Troubles wiring two network rooms with optical fiber and SFP-enabled switches
4
How to connect QSFP+ transceiver with MPO connector and SFP+ transceiver with LC connector?
1
Does a SFP port indicator goes on when receiving or transmitting or both