I'm having trouble understanding redistribution in reference to this topology 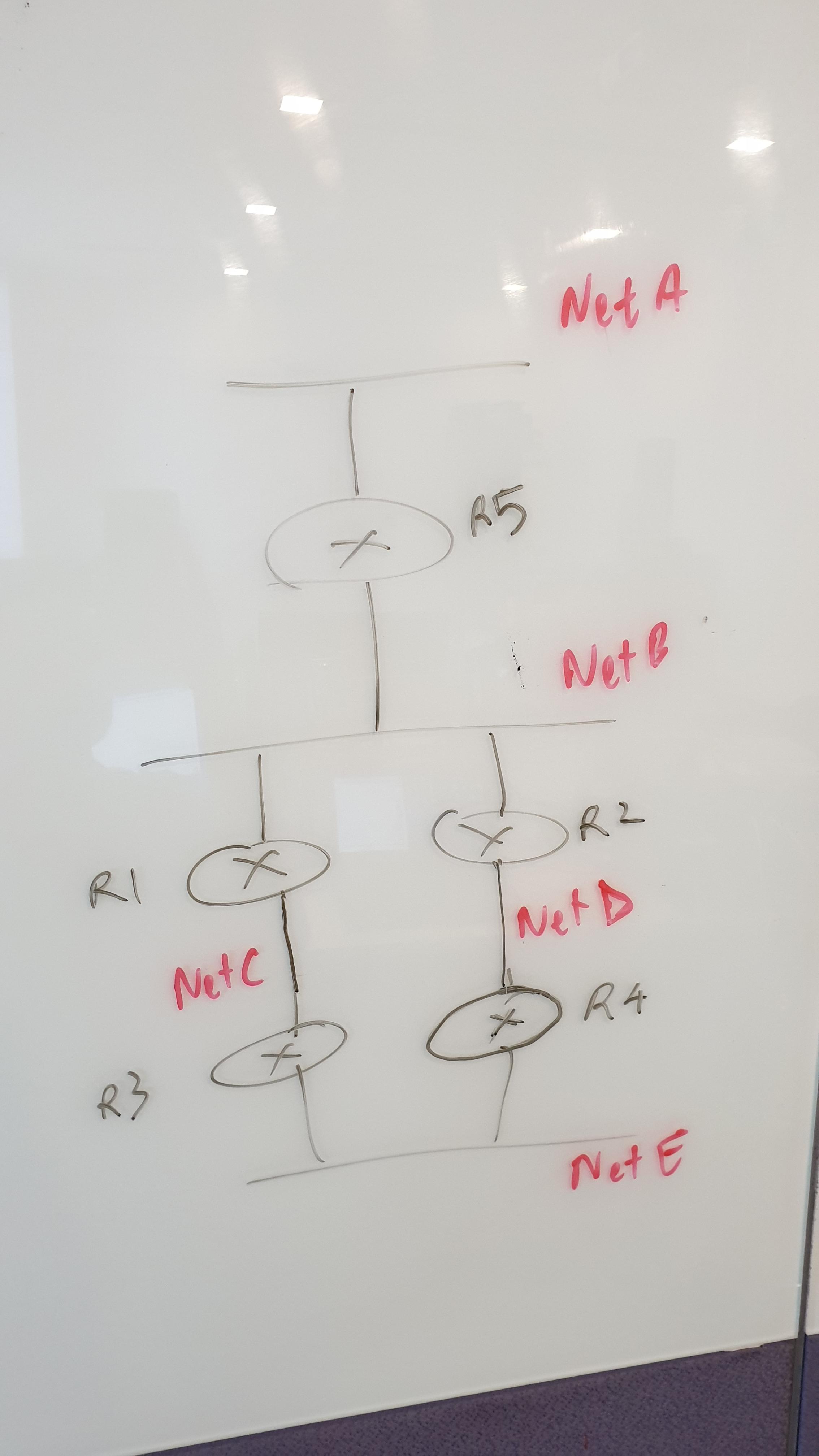 Now, my understanding is, R1 will learn that R2 has a static route to Net A, but it will not place it in its own routing table, as it has the same static route. However, when it comes to redistribution, how does R1 decide whether to redistribute its own static route, or to advertise the one learnt from R2 via OSPF?

Or is my understanding completely off?

However, when it comes to redistribution, how does R1 decide whether to redistribute its own static route, or to advertise the one learnt from R2 via OSPF?

One key concept about redistribution: Redistribution happens from the routing table, not from the given dynamic routing protocol's "topology database" (different terms for the various protocols).

To redistribute a route learned from one protocol into another routing protocol's "information exchange mechanism", that route first has to make it into the (local) routing table. And and yes, in THIS context, "static" and "connected" are as good as any other routing protocol (even "stronger", see below).

What makes "stronger" routing information is up to the manufacturer or the admin. This information is not passed on via any routing protocol. Cisco calls this metric "administrative distance", and it has a set of default values, which may be overridden by the admin.

And now for the actual answer:

Even if superseded by a "stronger" route (locally on the given router that has both a static AND learned from OSPF), the information about such a route (in case of OSPF: an "external route") is passed on to the other routers in the Autonomous System. So R1 from your example will do this:

The other routers in the AS will now learn that there are two ASBRs (R1 and R2) in their AS announcing the reachability of that possibly same external network. If they have packets to forward towards that network, it is up their discretion (read: how they choose to populate their own routing table, based on the information they learned via OSPF) which path they will choose.

So, in OSPF, the passing-on of information from the topology database is independent of the given router's local routing table.

Redistributing is a one routing protocol distribute routing information with Another Protocol.

When you use Static Route, you don't use any routing Protocol. When you use Dynamic Routing you will use Protocols. Then only you can talk about Redistribution.

In your case, if your router 5 has been configured with Any protocol except OSPF, you can enable redistribution.

However if you enable, route redistribution it will share all information which related to protocol. In your case OSPF Routing Information.

Not the answer you're looking for? Browse other questions tagged ospf or ask your own question.

9
JUNIPER: Why is OSPF adjacency breaking when I enable FBF on an OSPF interface?
4
Cisco 877 - Advertise OSPF default route only when PPP is up
4
Cisco ASA RRI and OSPF redistribution
2
Redistribution from OSPF into EIGRP and vice-versa issues
3
OSPF and VRRP network advertisements
1
Vrf route with global ip as the next hop
0
Prevent OSPF routes from one network from being redistributed to the rest of the network?
3
Layer 2/3 Ring with VRRP/OSPF
0
Why does redistributing ospf in rip change the path of all routers on the rip network that are not directly connected to the router that redistributed