How to ping from PC on EIGRP area to PC on OSPF area without middle router?

This is my topology.

And I can send a package to every router and PC within the colored area, how can I ping from a PC on EIGRP area to a PC on the OSPF area? I heard about default route but I saw it with another router in the middle of both areas and I'm not really sure how does that work with this kind of topology.

I'd appreciate any help! Thank you! 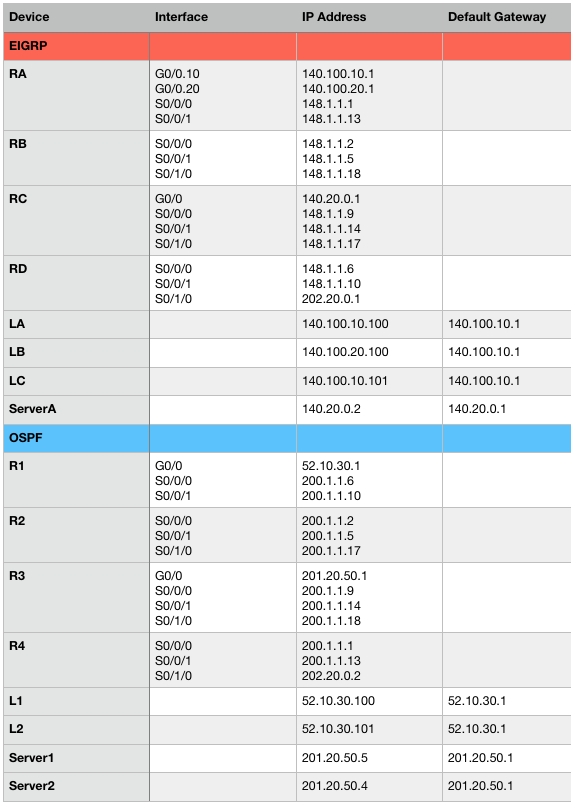 Like Eric stated, you need to add routes on both sides. You can do that by either having default routes pointing to each other via the /30 you're already using, or you can add routes for each host/subnet separately to go over the /30. You could add more dynamic routing over that serial connection, too, if you don't want to maintain static routes or use default routes.

You need to redistribute routes between RD and R4 and vice-versa. That way both routing domains have a route/path to the other side

Not the answer you're looking for? Browse other questions tagged cisco-ios ospf ping packet-tracer eigrp or ask your own question.