Getting lot of unwanted broadcasts on my network

I am pretty new in Networking (noob), while I was monitoring my network using Wireshark, and I found that there is a lot of broadcasts happening all over the network, broadcast on Local network usually MDNS, NBNS, ARP (Gratitious), UDP[x.x.x.255], UDP[255.255.255.255]. 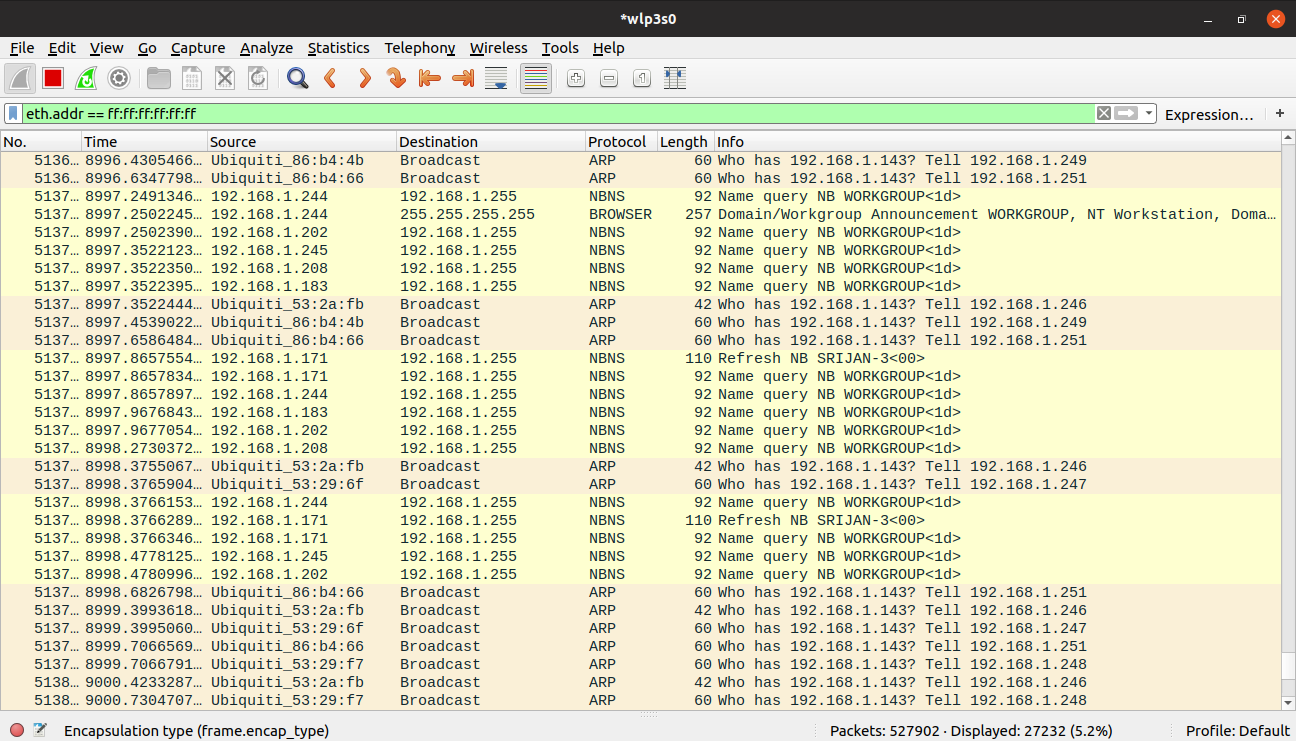 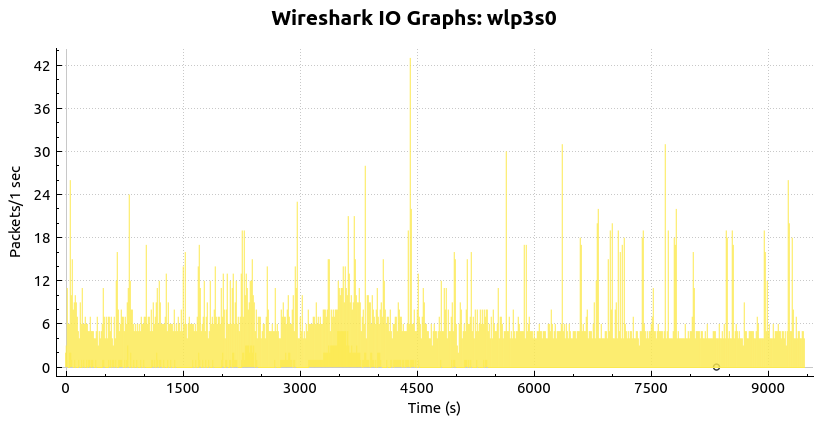 I wonder whether these broadcast are the reason users facing dips in bandwidth? And How I can mitigate it? Can these broadcast be responsible for packet drops? Also I do not understand user systems are generating ARP broadcast? Doesn't my router should do the same?

Network Topology: We have a simple network consist of a switch (Cisco) which is between the gateway and rest of the Access Points (Ubiquiti) where access points are in Mesh Configuration. Rest of the users are connected an Access Point via WiFi. 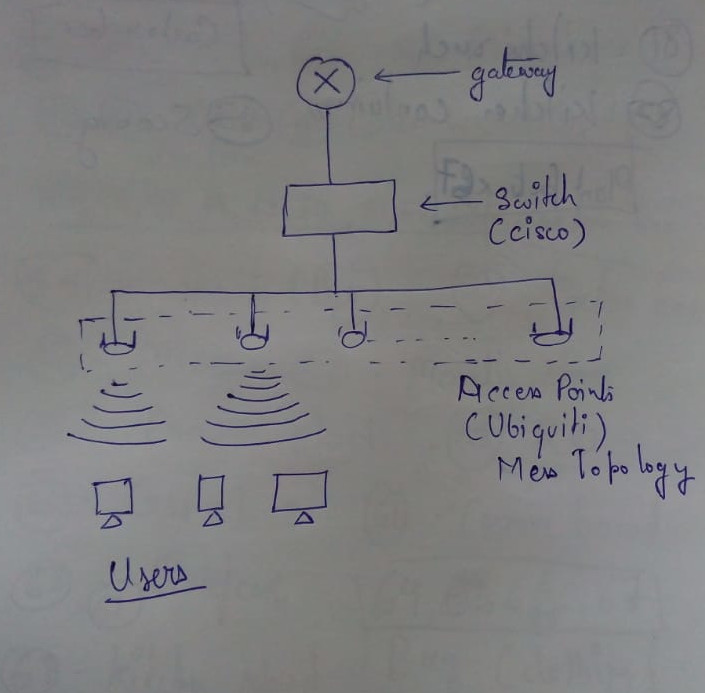 Update This is latest output of broadcast I/O Graph 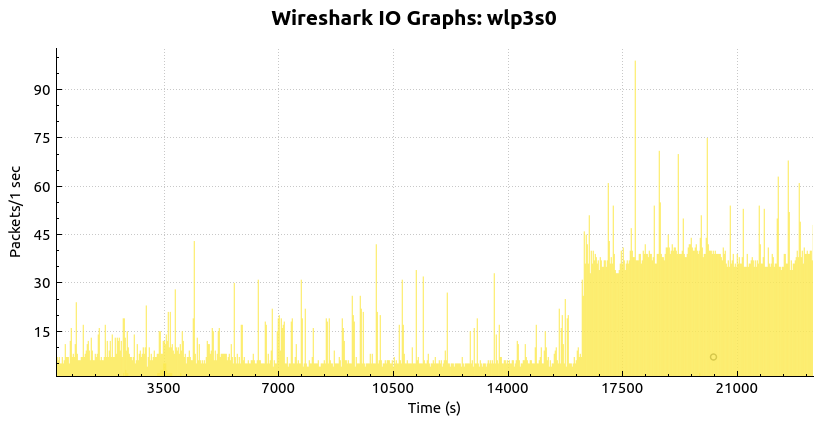 30 broadcasts/s at 100 bytes each translates to roughly 25 kbit/s. That is not a bandwidth problem with Ethernet, not even remotely.

As Ron T. has commented, the broadcast rate is somewhat high and might indicate other problems you have. You'll need to analyze the broadcasts for common reasons.

For instance, your snapshot indicates several ARP requests for the same IP 192.168.1.143 that may be configured for some central service but might currently be offline.

Additionally, the frequent NBNS broadcasts indicate a problem with DNS. You should run a DNS server that can resolve all commonly used names (or not). Once that's working you should disable broadcast resolution on all nodes.

Also, the broadcasts may be entirely unrelated to your problems. Basic LAN troubleshooting includes:

Wireless LAN/Wi-Fi complicates things quite a bit. Check cabled nodes first and makes sure everything's fine there. Then, you need to make sure that the used channel(s) are not completely overloaded and there is no radio interference from machinery nearby. For a more detailed diagnosis a thorough survey may be required.

Not the answer you're looking for? Browse other questions tagged arp bandwidth broadcast or ask your own question.

5
Why are routers not answering ARP Broadcasts?
4
arp Requests not Being Answered After Server Move
3
Network latency and network bandwidth correlation
2
Scan all ip address on a network ARP/Ping
4
What is the difference between layer-2 and layer-3 broadcasts? Please explain with an example
1
Graphing the number of broadcasts per MAC?
2
How does broadcast work in cable networks?
0
What is the bridging decision when getting ARP request?