Is this device a network hub? [closed]

Ask Question
Asked 9 months ago
Active 9 months ago
Viewed 48 times
1
Closed. This question is off-topic. It is not currently accepting answers.

Due to the space limitation of the conduit, I ran a single cable from the switch to my room, and intended to run 2 separate fast Ethernet lines on it (4 wires each). I bought this thing from China for as cheap as $0.23, and initially thought that it split a single 8-pin connector to 2x 4-pin ones: 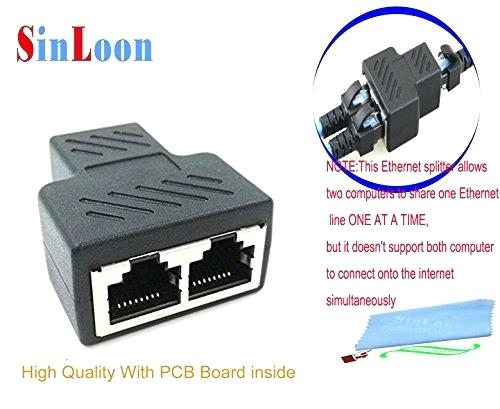 I don't understand much Chinese language, but I've talked with the seller, and he said that it could not connect 2 devices to the Internet at the same time, and the example usage was using a single source port to run 2 cables to 2 rooms, then the user could move a single laptop between 2 rooms.

Now that I've got a sample unit. Let's call the source port A, and the (split) destination ports B and C. With my network testing tool, I found that pin A1 connects to both B1 and C1, A2 to both B2 and C2... and so on up to A8/B8/C8. The signal received on a port is repeated on the other ports.

Of course I can still use it for my purpose by using 2 units and wire them correctly on both ends. But now I am wondering if I can use it as a network hub? Living in an era when hubs were extinct, I have never seen a hub before and I am curious.

Note that this device is simply a passive adapter which splits signal by re-wiring, with no processor inside.

Repeater hubs and switches require power. If there's no power supply that can't be an active device.

The photo says "ONE AT A TIME", so you can't use both ports jacks simultaneously.

Get a small switch, they're cheap.

Not the answer you're looking for? Browse other questions tagged switch or ask your own question.