I was learning TCP from Forouzan's book. It explains sender side window as follows: 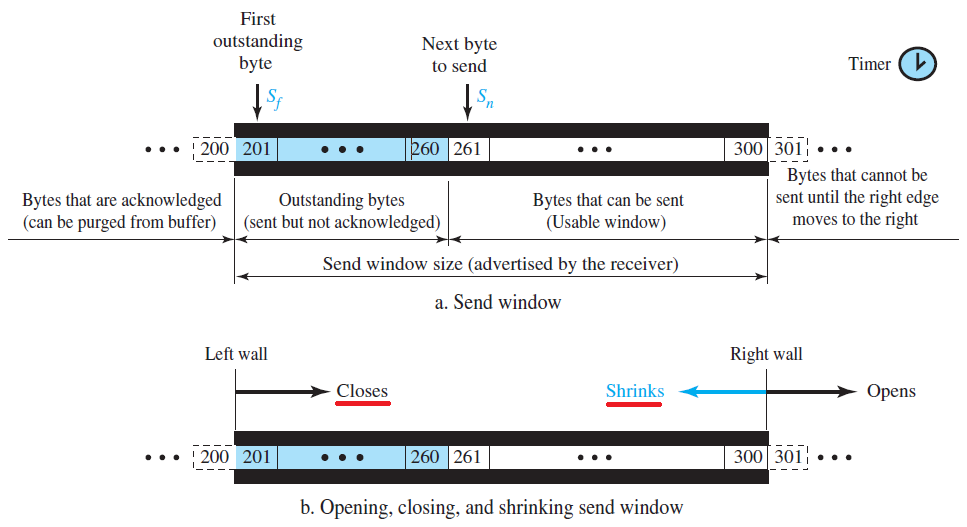 In that it defines size of receiver window as follows:

It shows opening and closing of sender window as follows: 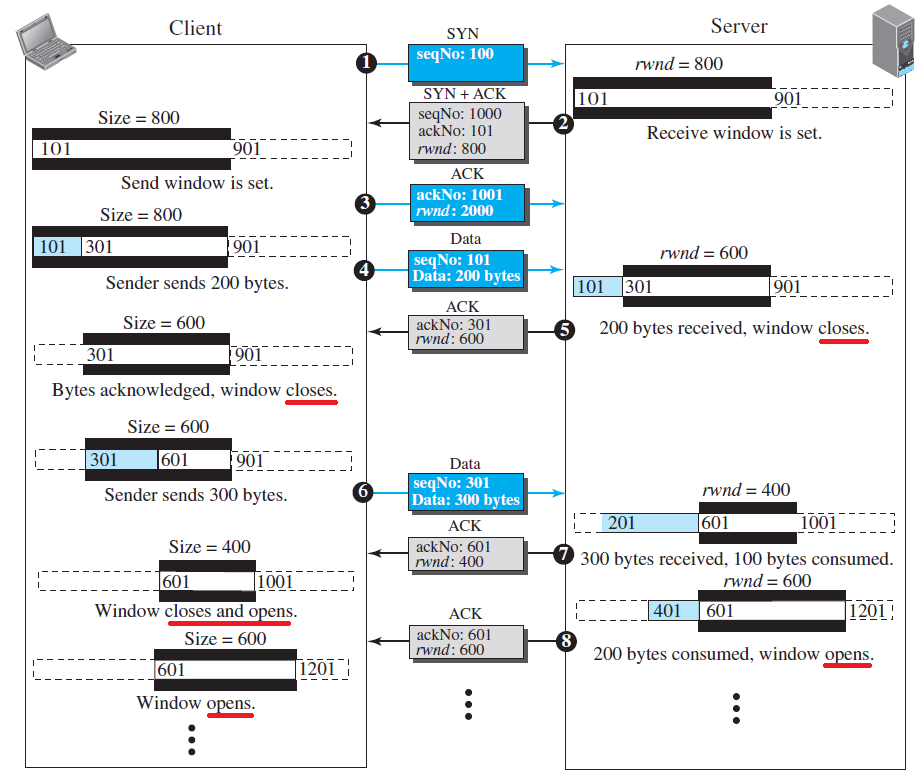 It does not show shrinking of window. I dont get why shrinking will ever occur. If you look at formula for rwnd in first quoted text above, shrinking will require reduction of receiver buffer size, correct? If yes does that happen (I feel this buffer size must be fixed)? And if yes why? Due to reduction of free RAM of the computer running TCP receiver?

TCP provides a means for the receiver to govern the amount of data sent by the sender. This is achieved by returning a "window" with every ACK indicating a range of acceptable sequence numbers beyond the last segment successfully received. The window indicates an allowed number of octets that the sender may transmit before receiving further permission.

It does not show shrinking of window.

The diagram seems to show the send window shrinking and expanding (800 to 600 to 400, and back to 600 on the client). It also shows the receive window (on the server) shrinking as data are received, until the application process consumes some data from TCP, at which point the receive window grows by the amount consumed.

TCP doesn't have clients or servers, it creates connections between two peers, so I'm not sure why the book implies that; it only serves to confuse things. In this case, the client is the sender, and the server is the receiver, and that is backwards from what many people use. Either TCP peer can both send and receive (each is a sender and a receiver). The RFC for TCP doesn't mention clients or servers.

Not the answer you're looking for? Browse other questions tagged tcp protocol-theory transport-protocol layer4 or ask your own question.