Why computers can communicate on different networks and routers won't?

I have a problem that I can not understand it myself and I need some help. I'm doing a kind of challenge, well network challenge in cisco packet tracer. I have a .pka file that stands for Cisco Packet Tracer Activities. It is a file which has a broken network and we must fix it.

I have done 80% of this troubleshooting network problem and I can't figure why the thing that I'm going to explain now, its not working: 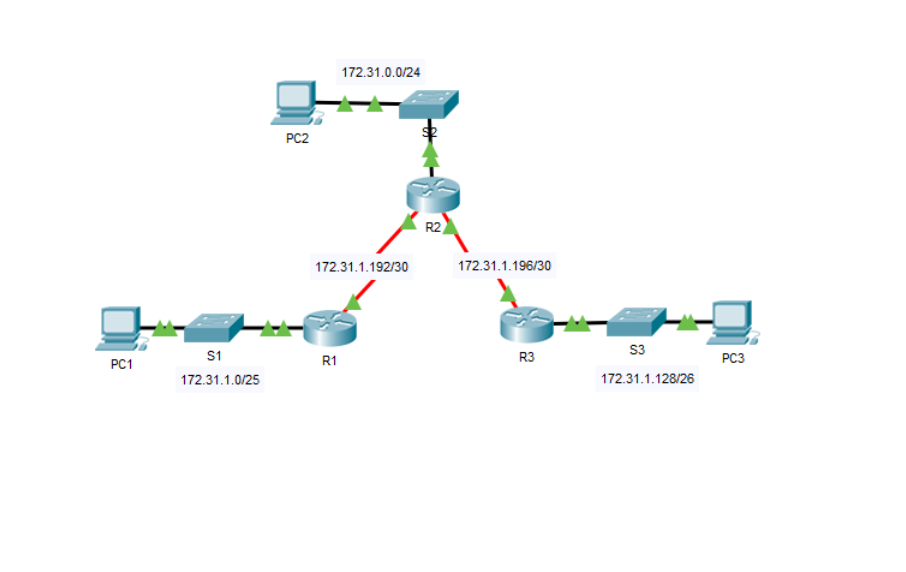 I'm really trying hard to understand what's is happening here but, since if two router can not communicate with each other, how computers do, and if the computer can communicate why routers won't?

I suspect if you do an extended ping and use router1’s Ethernet interface/IP as the source, it would be successful because router3 does have a static route to 172.31.1.0/25.

Of course, router3 has two IP addresses on it. I’m assuming your ping is destined for router3’s Ethernet IP address. If r1 tried to ping r3’s serial IP that would fail (no route to host error).

This is one reason dynamic routing protocols are more reliable than static routing. Even in your network of 3 routers, you have 5 routes (ignoring type L local routes). Router 1 and router 3 each have 4 non-L routes, so they are each missing one. If you had loopback interfaces you would have 8 routes. This makes static routing, even in the simplest of networks, non-trivial.

Looks like r1 also has an extra static route. Another human error caused by the complexity of static routing :-)

Not the answer you're looking for? Browse other questions tagged network networking packet-tracer network-access or ask your own question.

1
How to connect different networks based on vlans using layer 3 switches and router?
3
Computer unable to ping another over two routers
1
How would I formulate an "ip route" command in order for two non-adjacent routers to communicate?
1
Computers on second router network not contacting with current router
5
Why can't two hosts (in two different logical networks) connected to each other through cross-over cable communicate?
0
Create IPSEC VPN between three Routers?
3
Networks theory: Layers, Services and Interfaces
1
how do i connect two networks with two routers in packet tracer?