Will Main Router be overloaded in this scenario? 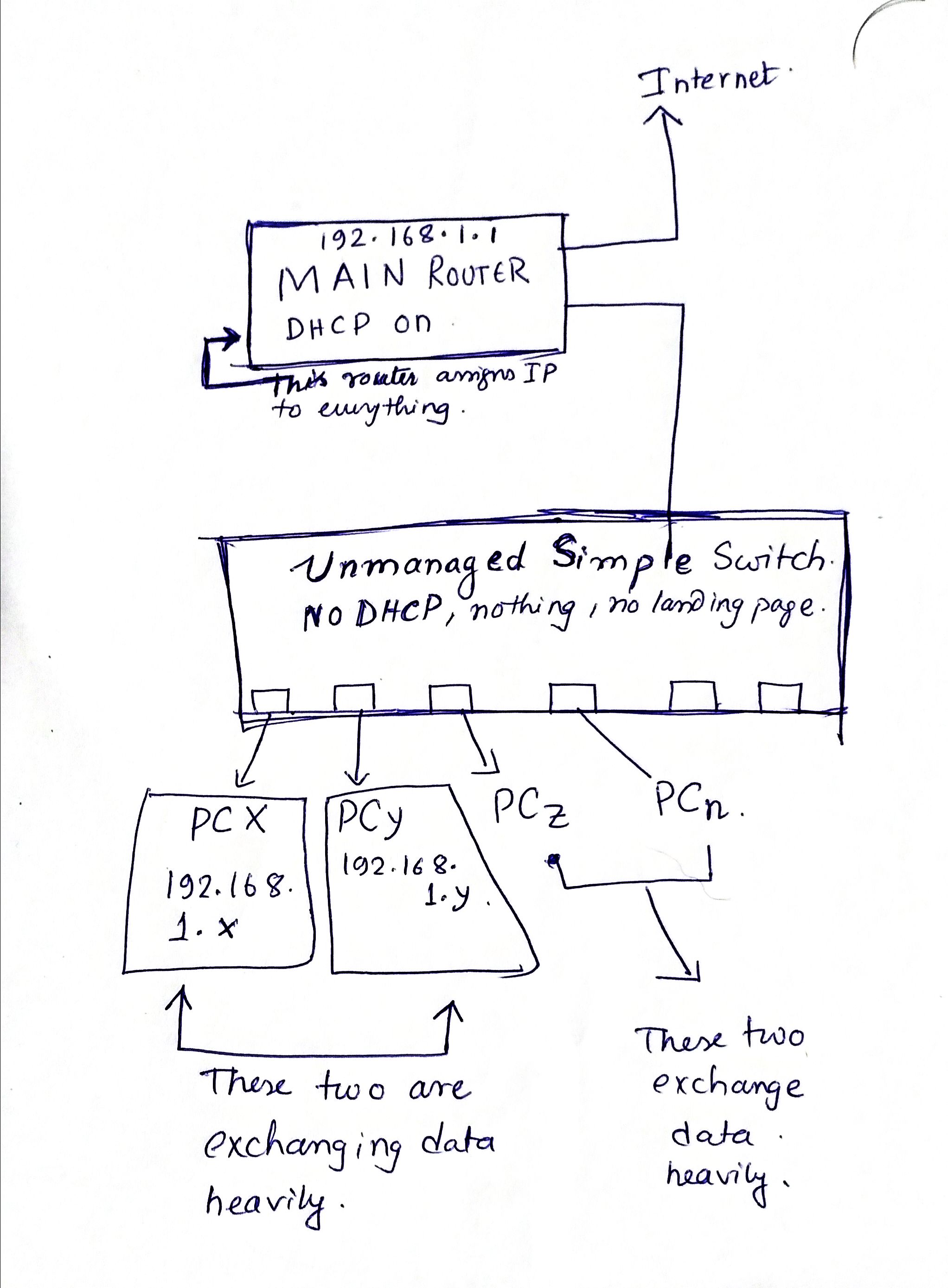 The Main router in my planned office network assigns IP addresses to all PCs through DHCP and also connects to the internet via GPON modem. 5 PCs and 1 server are connected to a 8 Port simple switch. Another port of the switch is connected to the main router so that everyone gets internet access.

Now there will be huge amounts of data transfer between the 5 PCs and the server randomly.

I was wondering will all the data go through the main router during transfers, since all the IP addresses are a function of the main router itself and the switch is just an idiot box? Will this overload the cheap router and I need to buy a enterprise grade router to handle all the data? I'm already buying a robust Gigabit switch.

Traffic between two switch ports doesn't even exit the other switch ports, so it won't even arrive at the router.

If there is nothing else going on (no DNS lookups, for example) then there will be nothing but traffic across the switch. You can assign long leases for infrequent DHCP traffic to the router; or indefinite leases for once-per-boot. DHCP, handled by the router, is only a mechanism for configuring the IP addresses and has nothing to do with traffic. (Indeed, it's moderately common for a DHCP server to handle addresses which aren't even local to it.)

If you monitor the traffic going to the router, you should find it's just ARP and whatever broadcasts the various operating systems think is necessary. Plus of course any traffic with external networks.

Not the answer you're looking for? Browse other questions tagged routing switch router lan or ask your own question.

2
Can't query NTP through router
4
How should the router be integrated into the LAN?
4
Assign IP address using Router and Switch (DHCP)
2
Configuring multiple subnets with switch connected to single router interface
0
will wireless devices' MAC address be saved on layer 2 switch?
2
One Fiber Optic Line 24 Cores for Multiple Services Transmission
9
Cascading Switches. Will it affect performance?
1
How do switches handle network data if the destination computer is powered off in half-way?