What's an uplink port? Is it a port that simply uses Auto-MDIX? [duplicate]

Ask Question
Asked 10 months ago
Active 5 months ago
Viewed 171 times
1
This question already has answers here:
What purpose is the Uplink port in layman's terms and do I need it? (2 answers)
Closed 6 months ago.

Uplink port is used so there is no need for crossover cable, right? Does it use Auto-MDIX or is it an entirely different thing? if so what's the difference? please help :(

The term "uplink" can have several meanings depending on the context.

Most commonly in a networking context, it means a port that connects to another device that's "closer" to the data source. For example, on an access switch, the port that connects the switch to the distribution or core switch would be considered the uplink port.

However, in almost all cases, Auto-MDIX has nothing to do with it.

Since MDI-X was mentioned and in case that is the actual question: before Auto MDI-X became common (ca. 1999), switch and hub ports used to include a crossover in their ports (MDI-X) to allow clients and other devices with MDI ports to connect using straight, 1:1 cables.

Since that caused a problem when you tried to connect switch or hubs with each other, many models included a port that could be switched between normal MDI-X and MDI "uplink" pinout: 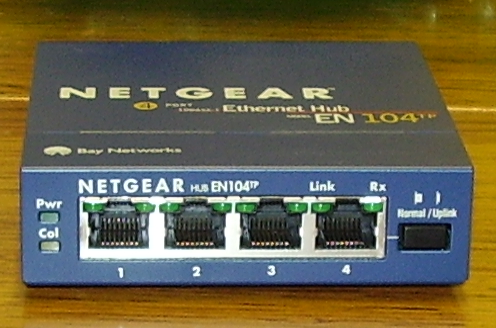 Some other devices featured a special port with two connectors, one for the "uplink" function: 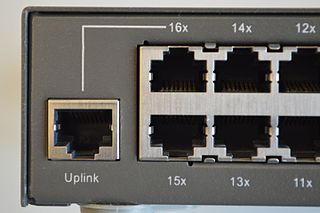 Another option was to use a crossover cable between like ports (MDI-to-MDI or MDI-X-to-MDI-X). Today, the vast majority of twisted-pair ports supports Auto MDI-X which makes all that practically obsolete.

There are still some switches that has an dedicated "uplink" port, because they act like a PoE sink on one port and can be powered from the upstream switch.

Usually, Up-link is the port which is connected to another network and Auto-MDIX is no relationship with UP-Link. It is totally different from the uplink.

Auto-MDIX is standing for Automatic medium-dependent interface crossover. Its function is to detect the Ethernet cable type on every port on the switch automatically. It also automatically adjust (straight-through or crossover); to make a link over that cable.

Most of Cisco switches support the MDIX auto interface configuration command in the CLI to enable the automatic medium-dependent interface crossover feature. When this feature enabled the switch automatically detects the type of cable attached; to the port and configures the interfaces accordingly. So, if this function enabled we can use either a crossover or a straight-through; cable for connections to a copper 10/100/1000 port on the switch, anyway; of the type of device on the other end of the connection. Most of the new switches by default enable the auto-MDIX feature.

Not the answer you're looking for? Browse other questions tagged networking or ask your own question.

9
What purpose is the Uplink port in layman's terms and do I need it?

1
Connecting two PCs together via External Ethernet cards (T568A or T568B?)
3
Connect two routers to a single uplink for full redundancy
0
should phy layer and mac layer be designed together?
0
Why computers can communicate on different networks and routers won't?
0
Create IPSEC VPN between three Routers?
2
Why can't we create a hierarchy of hubs?