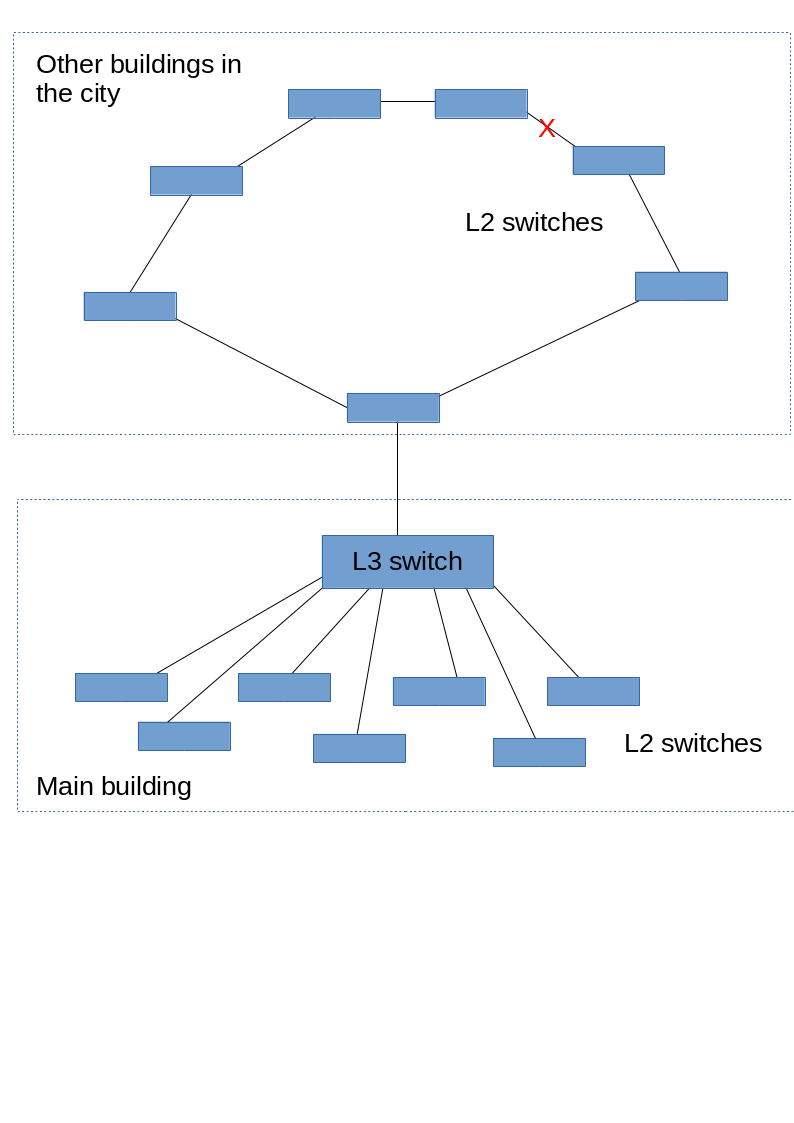 My network is in a state of migration from PVST to MSTP. The network has Cisco, Huawei and ZTE switches in the amount of 50 pieces and about 500 computers. In connection with this, questions arise about the MSTP.

The network has VLANs from 1 to 100. VLANs are common to all switches. I want to divide the network into two regions of the MST, but VLANs will remain the same. For example, VLAN 2 in the MST region 1 instance 1 is the same VLAN 2 in region 2 instance 1. I put together a test version and everything works, i.e. despite the fact that computers in different regions of the MST, they work as if nothing had changed for them. This is normal? So it should be? I could not find information on this topic: everywhere in the examples they use different VLANs in different MST regions.

And one more question: can I leave the revision equal to 0 (so by default) in all configurations of the MSTP?

Using two regions for this network is rational.

You don't need more than one instance in order to benefit from two regions. You can put all 100 VLANs into MSTI 0 of both regions.

However, I favor Zac67's recommendation that you entirely separate the layer-2 domains by doing only layer-3 routing between the main building and the metro network root switch. If you don't need to extend L2 VLANs from the metro into the campus, then avoid doing so.

Not the answer you're looking for? Browse other questions tagged switch or ask your own question.

4
Connecting multiple links between switches
8
Impact of removing VTP from a production network
4
VLANs isolating networks (VoIP/Wi-Fi)
2
Behavior about 802.1D with ISL
2
Can a managed switch with VLANS have multiple identical subnets?
3
Trunking across different switch makes
0
How to combine multiple ADSL lines?
1
How do (LANCOM) Tag-Based vlan groups work and on which vlan does the device respond?