I have a simliar question to this one: Access-Lists and VLAN and understanding traffic flow 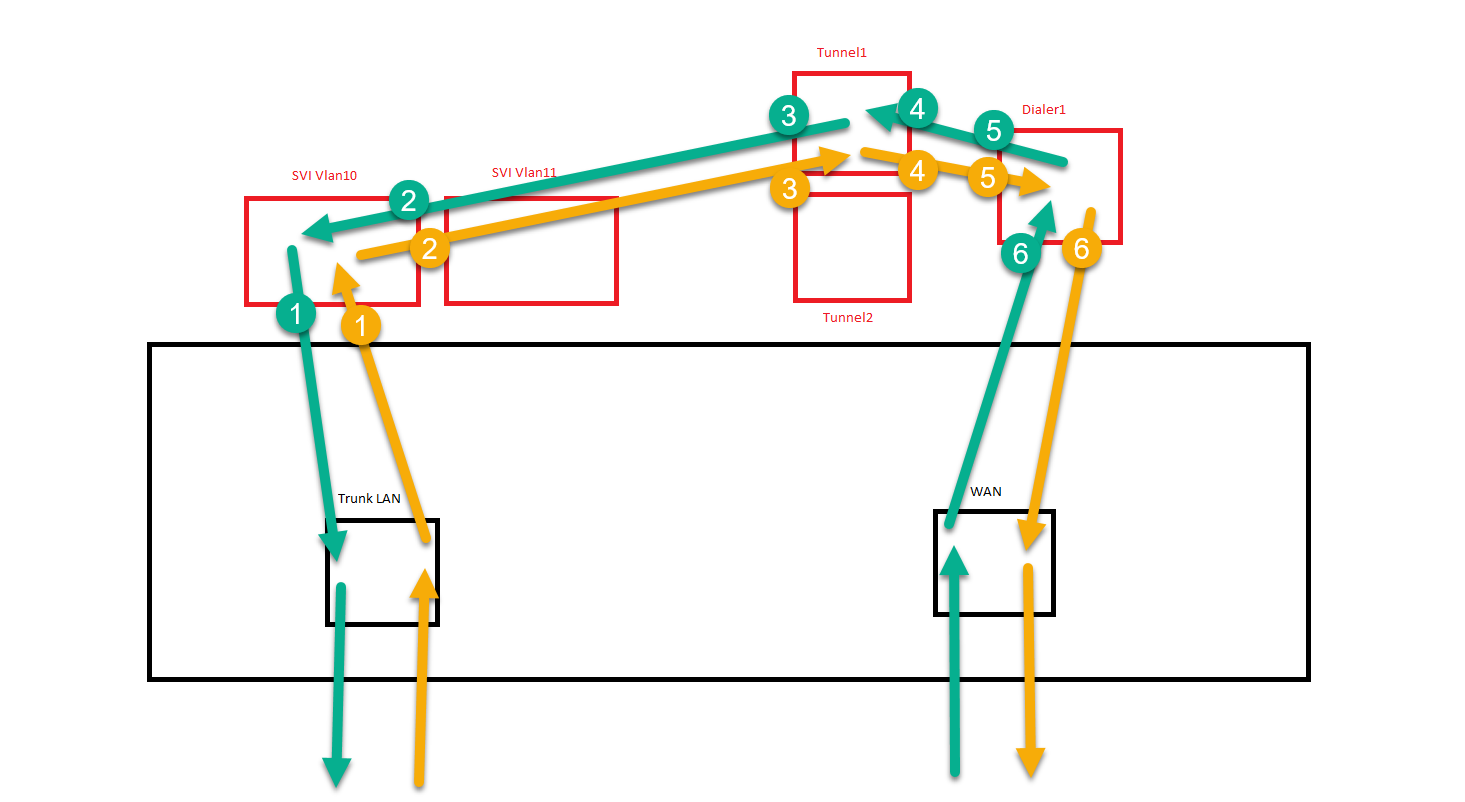 But my question is concerning service-policies. Have a look at the image above. I triet to make a traffic flow visible. Traffic from the LAN into a VPN connection is marked yellow, the coresponding back traffic from the VPN back to the LAN is green. I have multipe questions regarding traffic flow thru "virtual" interfaces.

Thanks for clarifying this up.

It is necessary to determine the true egress interface towards the destination for traffic sourced from VLAN10 to the WAN site, are red boxes interfaces on a single device or different devices with different interfaces?

Nonetheless, the rule is pretty simple, a service-policy will only take effect for traffic that hits an interface as input or an egress interface as output.

If an input policy is configured on an SVI, only traffic which is actually using the SVI as next hop will be affected.

If traffic needs to be routed from an SVI to another SVI, this doesn't mean that the second SVI is another ingress, it is in fact an egress interface, there is no double input on a route lookup or L2 lookup.

To identify if traffic is going to be affected by an output policy, if talking about L3 exclusively, do a show ip cef to the destination, whatever is the egress interface is where the QoS output policy should be placed to take effect, other than that, QoS will not be enforced.

I can't make out what your VLANs are actually used for and how your routing works, but basically: