I would like to know if there's a way to force a Boot Loader rewrite on Cisco Catalyst 2960-X switches.

So there's a way to force the Boot Loader to be rewritten? I want to validade that the shipped Boot Loader isn't tampered.

EDIT: I may have used wrong terms, and sorry for that, so what I was trying to achieve is a rewrite of the Boot Loader, if I understood correctly. And this as far as I know it's shipped on the Firmware and updated only if needed.

Why I want to do this: to validade if the new units are legit or counterfeit. They are bought from an oficial Cisco reseller, but the reality is that I got some counterfeit units form the same source and they are "out of warranty" since I don't have a SMARTnet contract. Those units are new so I can replace them if they fail to boot after the Boot Loader upgrade, or rewrite.

I always suspected that something was wrong because two units broke after an update the rewrote the Boot Loader, the release 15.2(4)E6 (fc4) of IOS, and with the news about counterfeit 2960-X devices here I finally could understand what happened. And in fact this is what I got inside one of the switches: 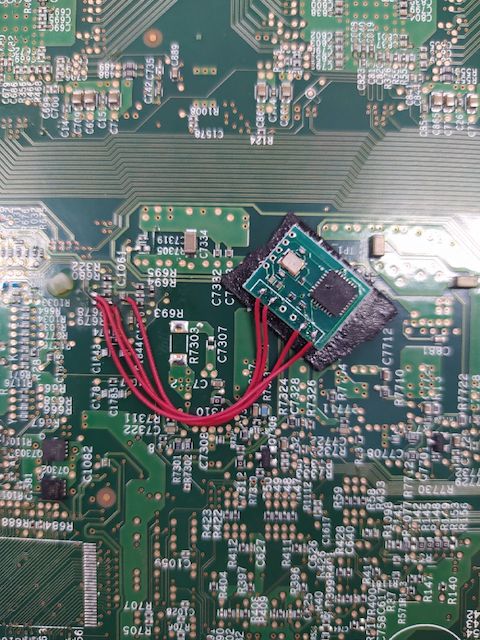 EDIT: Fixed the terms, I was really trying to talk about the Boot Loader and not the BOOTROM, sorry for the confusion. I've messed with the terms.

EDIT: According to Cisco and on this site there's nothing illegal in downloading and installing software updates without an SMARTnet contract.

What issue(s) are you trying to fix? Bootloader and "BOOTROM" (aka. ROMMON) are different things. (basically, the difference between GRUB and BIOS on a PC.)

I don't see an updated ROMMON available from Cisco. And that wouldn't replace the "ROM" based ROMMON, but loads into the "upgrade ROMMON" area.[*] (I have upgraded ROMMON by physical replacement of chips before, but that was decades ago.) If the booted IOS doesn't think anything needs to be changed, then it likely doesn't need to be changed.

[*] Because an upgrade failure would brick the device. With the chip no longer socketed, it's an involved process to fix in the field.