we're trying to debug a faulty Panasonic Mobile softphone SIP app (both Android & Apple versions), as many calls are randomly dropped unexpectedly. This is the conceptual connection diagram: 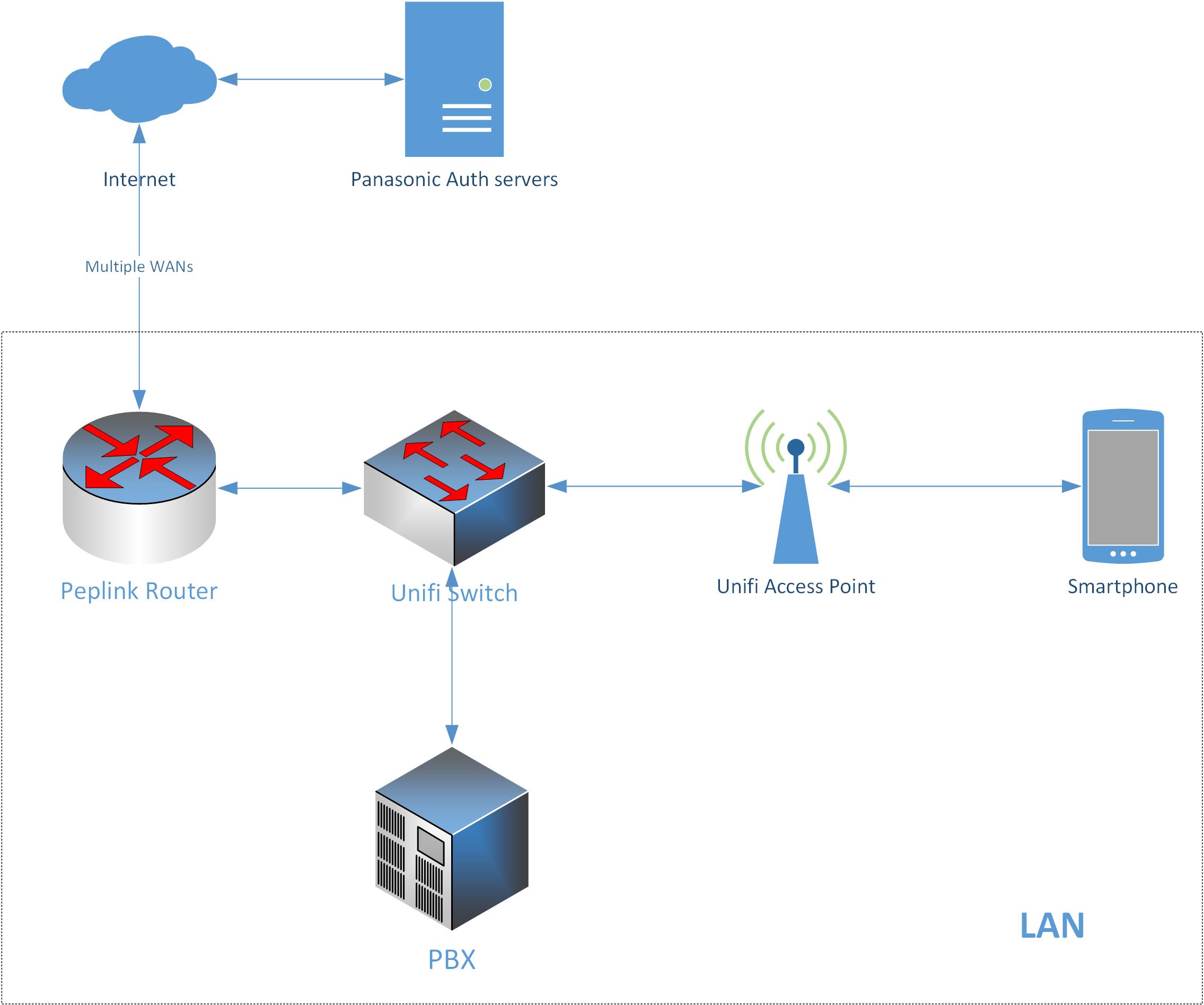 We want to ensure that our setup is not conflicting somehow, who knows if the router, the switches or access points are dropping packets to such an extent which will make communication fail?

How could we capture all traffic from a handset running the app to the PBX? Is there a sort of legit man-in-the-middle technique that can be use (sort of Wireshark)??

Browse other questions tagged wireshark packet-analysis or ask your own question.