ebgp in one broadcast network 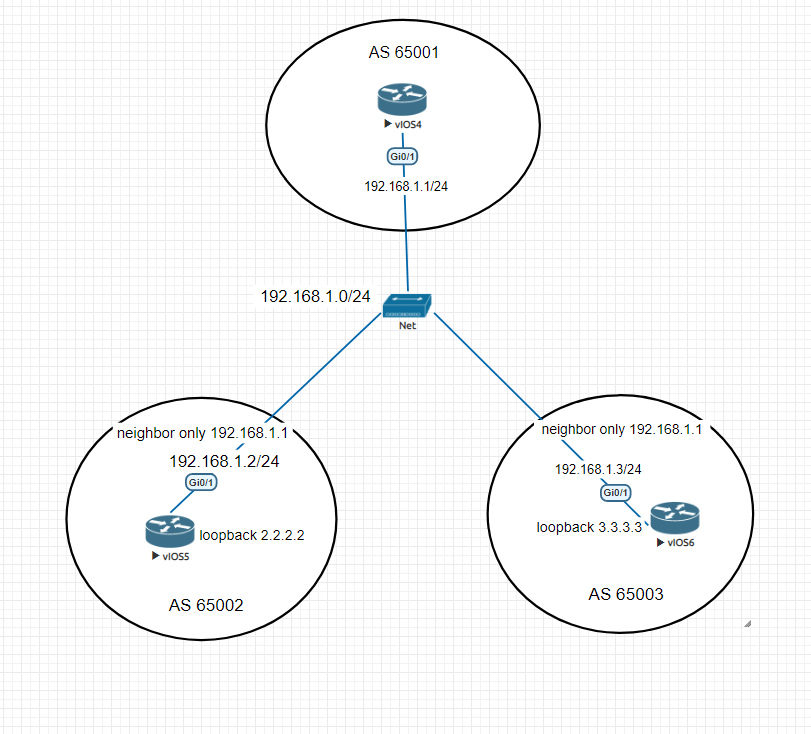 You would need to configure a routing policy to rewrite that next-hop if that's the behavior you want. BGP does not automatically change them when propagating routes in this scenario because of the common LAN.

Since there is a common LAN among the three routers, it actually removes a hop to keep the original next-hop.

Related trivia: on most Internet Exchange / Peering Points, there is a policy requiring members to rewrite next-hop, so they do not sell next-hop to others on the exchange.

5
Juniper - eBGP change next-hop on advertised routes
1
How to filter traffic to routes that I do not advertise to eBGP neighbors?
1
Advertise Non-Transitive Routes in Quagga
2
Cisco bgp disables network routing for local network
1
BGP Route Dampaning - Not directly connected eBGP peers - Events
2
Learned eBGP routes are advertised to iBGP neighbors but can't ping the loopback who's IP is configrued
2
Why use iBGP over eBGP?
0
Connecting eBGP and iBGP routers in Quagga
1
Why isn't iBGP peer announcing external route it learned to its only peer?
0
Does JunOS breaks iBGP rules when using several routing instances?