Why does PPP need an underlying protocol?

The Point-to-Point Protocol is (at least according to Wikipedia) a Datalink Layer Protocol.

I know that different use cases exist for it but on examining the image below from Wikipedia one can see that it always seems to need a wrapping protocol like PPPoE and PPPoA.

Thus, my questions are: Why does PPP need a wrapping protocol? Which concrete functionalities from these protocols are needed? Why can't I just use PPP over Ethernet instead of PPPoE? (for the last one I would guess routing) 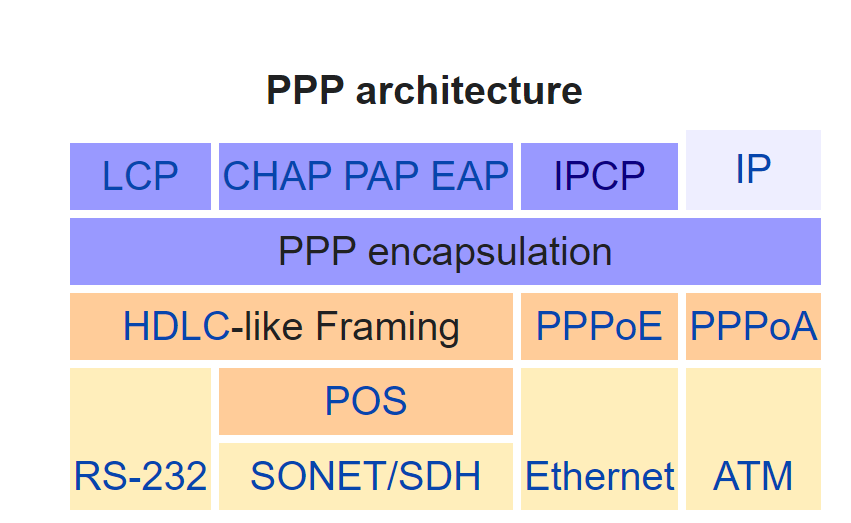 ( As others have already said, PPPoE is literally PPP over Ethernet. And similarly PPPoA is PPP over ATM. )

Ethernet and ATM are oddities in the networking world as they define both a layer-1 and layer-2 component. In the case of ethernet, it's layer-1 has always used it's layer-2; no one ever built it any other way. (Ethernet's layer-2 protocol, however, has been used over many different layer-1's. For example, 802.11 WiFi, DOCSIS.) ATM went the other direction; it's layer-1 is virtually unheard of, but it's layer-2 can be found lots of places... T1, T3, SONET (OC-X), sync-serial (V.35, HSSI), ADSL, etc.

PPP was invented in the era of async-serial (RS-232) and dialup modems, and runs "naked" on those physical layers. As technology advanced, network operators wanted to continue using the same "dialup era" infrastructure and processes (i.e. account management), thus methods of carrying the familiar PPP were needed. An ethertype was registered for transporting PPP frames over ethernet. (and similar processes for ATM, and SONET. In the case of SONET, a bit of HDLC was needed to make the framing work with the SONET NRZ encoding.)

Why does PPP need a wrapping protocol?

Why can't I just use PPP over Ethernet instead of PPPoE?

PPPoE is PPP over Ethernet. That is exactly what PPPoE stands for.

Yeah but you still need the PPPoE header - my question is why it is needed.

Your idea that PPPoE is a separate protocol with a separate PPPoE header is incorrect.

If the EtherType field is 0x880B, the the network stack sends the ethernet payload to the PPP process.

*See the IANA IEEE 802 Numbers page. There is an Ether Types section that explains the values and protocols for each type.

PPP is designed to ride on top of a byte-oriented, point-to-point physical-layer protocol like a simple modem-style serial link.

Ethernet is no simple serial protocol but it requires frame-level addressing (L2 MAC address), so PPPoE expands standard PPP to take care of discovery and addressing between the link partners.

Not the answer you're looking for? Browse other questions tagged ethernet layer2 osi pppoe ppp or ask your own question.