We have a situation that I'm not sure how to proceed correctly.

How can I move the connection from the Sonicwall to the Sophos as a second interface for the same ISP and allow communcation for the services to work properly? 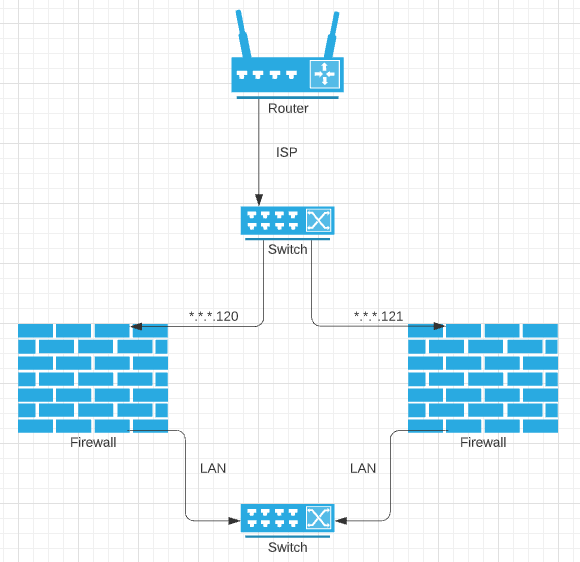 Best description I can come up with is that ...120 has a NAT for connecting to Remote Desktop Gateway with ...120:45678. I want to move the ...120 interface from the Sonicwall on the left to the ...121 Sophos on the right. Do I create a second interface on the Sophos, then create the NAT and firewall rules? Seems off to me to have two different public IP's on two different interfaces from the same ISP pool. There are even more services on the old Sonicwall in addition to the one I described, but trying to keep this as simple as possible.

A firewall may not allow two interfaces using IP addresses from the same subnet. May be you can use a secondary address on the same interface.

Not the answer you're looking for? Browse other questions tagged firewall interface sonicwall sophos or ask your own question.