I the scenario below;

but this is cannot be done on Line B

Note: ports are on trunk mode.

Why this is happening?? 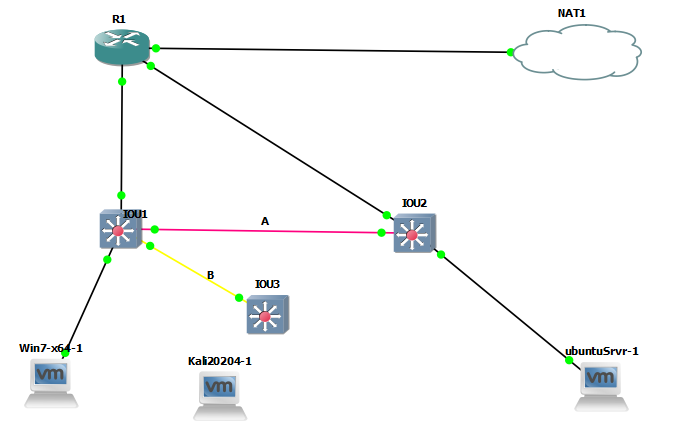 Any following unicast traffic then gets forwarded on the direct path between those hosts. Link B is not on that path, so you can't tap into their traffic there.

Whether or not VLANs and trunks are used doesn't matter as long as the two hosts are connected to the same VLAN.

If they weren't on the same VLAN but got routed on R1, traffic would cross neither A nor B.

Not the answer you're looking for? Browse other questions tagged switch trunk or ask your own question.

8
Switchport mode access VLAN & switchport mode trunk on one interface
1
Uplink ports in trunk mode or aggregate link?
1
Why only one amber light between two switches
1
IPV6 Neighbor Advertisement (NA) not recieved
2
How do 2 trunk ports communicate with each other?
1
VLAN trunk between Single Port Machine to Switch
1
Untagged customer traffic inconsistently sent over trunk
3
cisco switchport trunk native vlan
2
Port only in trunk mode vs encapsulating the frame