What is responsibility of different layers of OSI model and intermediate devices between sender and receiver when data packets are lost/corrupted?

Suppose sender sending some data to receiver and there are 3 routers between them. R1, R2, R3 are routers. 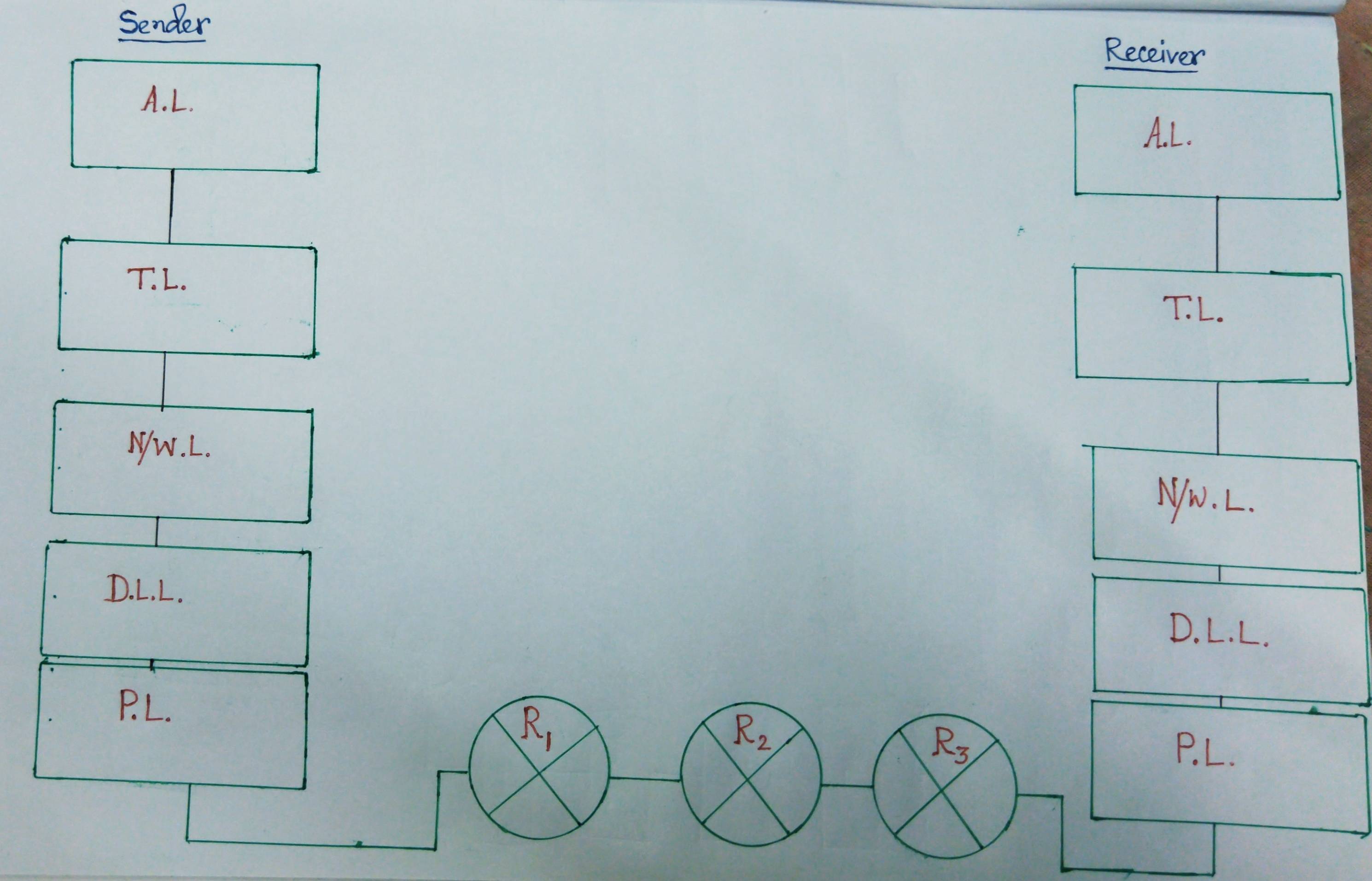 I have an couple of confusions:

Question:4 If reordering is happen in DLL at receiver side then transport layer always also get in-order data, there is no necessity of sorting at transport layer?

Internet is a packet-switched network, where layer 3, aka IP, is packet-based best effort delivery service. There is no such thing as layer 3 acknowledgements in the Internet. So, routers do not acknowledge. There are ICMP messages that can be sent to the sender in case of failures, but they do not affect what happens to the packet in question.

In Internet, reliable packet delivery, if necessary is usually done by transport layer (layer 4). Transport layer (at least in theory) only works on two end-points, and all transport layer ACKs and retransmissions only happen on the sender and on the receiver, not on the systems in between. You can read the paper End-to-End Argument in System Design, if you want to know why does it work like this.

Question:3 Now data reach at DLL at receiver side. My question is data travelling travelling through DLL to TL data loss is possible?

Yes. Every layer at the receiver has processing queues with finite space in them. If there is no space to the packet it could be dropped.

On reliable layer 2 you would probably employ some form of flow control. On unreliable layer 2, network card can drop packets, if its queue is full and the host system did not pick packets up in time.

I came across a situation where linux TCP receiver has dropped packets, despite having advertised space in receiver window. It takes too much to explain and is out of scope here, but, importantly it does not violate the specification.

In practice, it is not quite this simple. TCP performance on networks with losses is quite suboptimal (mostly due to reasons that have something to do with congestion control). This is why wireless is usually reliable. Also wireless access points will most likely employ some kind of optimizations that monitor TCP flows. I would say that this optimization does not really fit in the OSI model. Also this is performance optimization. Network is supposed to work if you turn it off.

Question:4 If reordering is happen in DLL at receiver side then transport layer always also get in-order data, there is no necessity of sorting at transport layer?

No. Again, layer 3 is best effort, and can reorder packets. This means layer 4 should be prepared to receive out-of-order packets and sort them out. Whatever layer 2 can guarantee, layer 3 will not guarantee this, and transport layer has to deal with this.

Packets can travel different routes. This can happen if the route changes. This can also happen if one of the routers does some sort of load balancing along multiple paths (e.g., (equal cost)-multiple paths). Recall, that in packet switched networks each packet is routed independently of what happened with the previous packet.

In practice, again, since everyone is using TCP it is desirable to design layer 3 and layer 2 to avoid reordering of packets of the same transport layer flow. Routers usually do load balancing so that packets of the same flow (identified by ip addresses/ports/protocol tuple) are routed on the same path. Again, this is an optimization that affects performance. Transport layer is supposed to be fully functional if this is not done.

Another quite bizzare example are receivers with multi-core processors, aka almost any end-point right now. Packets are processed by cores in parallel, and two packets processed by two different cores can arrive in arbitrary order at the receiver transport layer. Again, usually network cards inspect transport flows and ensure that packets of the same flow are processed by the same core, but I saw situations where it did not happen.

Then R1 will not get acknowledgement at data link layer from R2 until the time out timer expires at R1.

There is no acknowledgement on OSI's data link layer or network layer in general (there may be exceptions). The only layer that - optionally - tracks data loss and retransmits lost data is the transport layer (L4). Some L4 protocols track delivery and ensure transmission (like TCP), some don't (like UDP). Since that layer is only implemented on the host level, it's the source host that retransmits unacknowledged data.

0
Acknowledgement, retransmission of layer2 is actually belongs to layer4?

3
Encapsulation and decapsulation basics for OSI layer
5
Why is the last ACK needed in TCP four way termination
2
How sliding window protocols handle duplicate packets caused by extreme network delays?
3
Data link layer acknowledgement
3
Why do transport layer do data chunking. If there is fragmentation in Network Layer
1
What happens to the packets in the sender buffer when "eventually a timeout would be reached" for a **delayed ACK** in a AIMD TCP connection?
0
Does a router have multiple DLLs inside?
0
Acknowledgement, retransmission of layer2 is actually belongs to layer4?
0
What is the differences between flow control and access control?
1
Router could get packet of size more than 1500 bytes?