we have some customer complains regarding a flow between a DB and Server crossing our FW. It involved 2 DB and several Servers, there are 2 VLANs connected to same FW.

When failover to FW-2, we noticed a lot of TCP-RESET (it takes arround 18/19 between RESET and last frame, you can give a look to delta time in my screenshot. In 2 min, arround 220 RESET.

It can happen suddendly, after 2 o 10 o 20 seconds, then DB o server send a TCP-RESET (TCP-RESET-ACK is received first as it looks like that's miss-ordered from my point of view).

Captures has been done on FW interface side... (I guess that should be better to have from DB and server side also...)

When running on FW-1, situation is OK, we didn't notice any TCP-RESET into the packet capture. 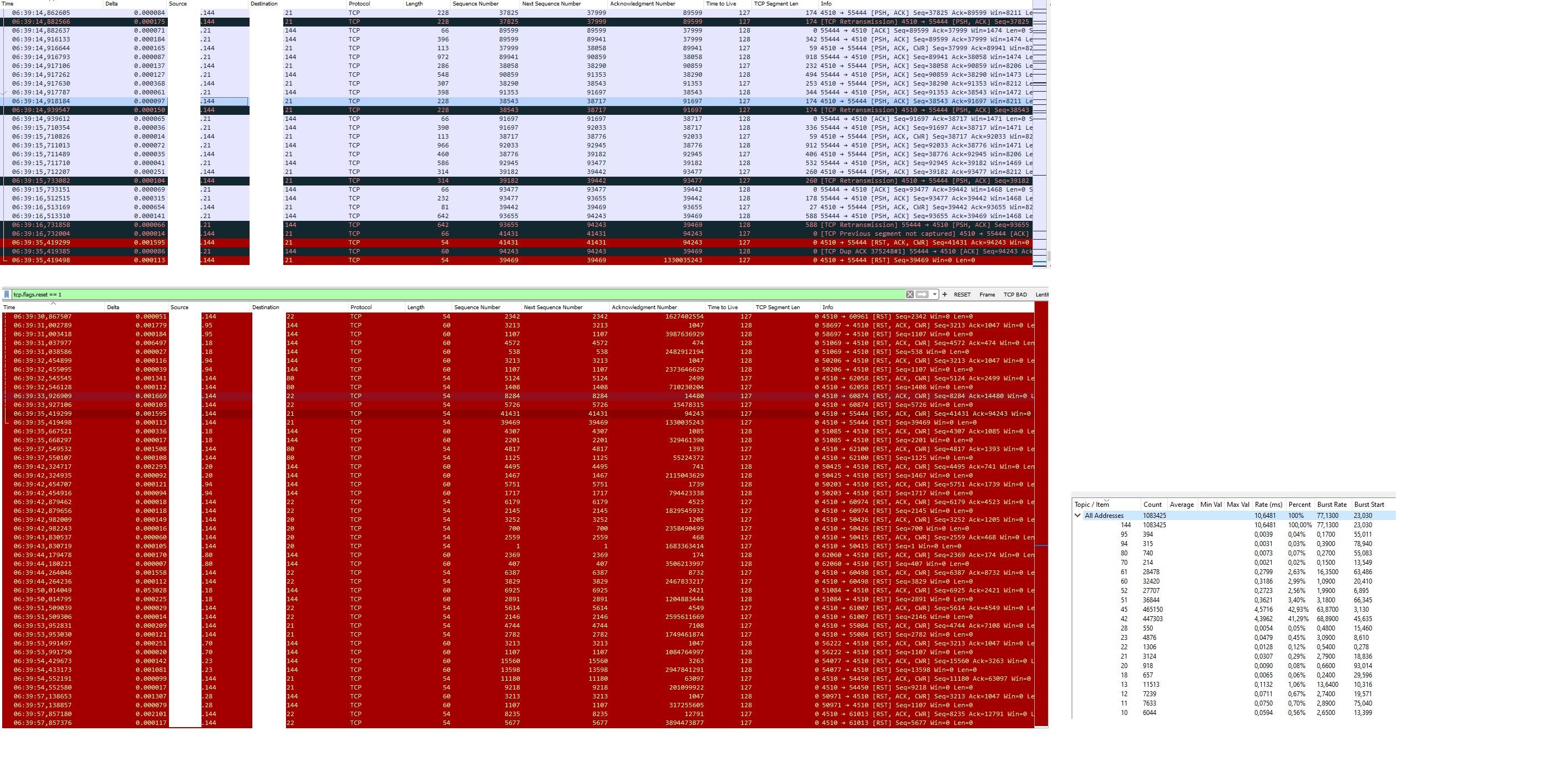 Assuming the firewall are in a simple fail-over scheme with VRRP or similar, that is to be expected.

A firewall is usually stateful, ie. it tracks the connections states for everything running across. Packets not matching the tracked state are dropped.

Since FW-2 doesn't know about any connections established over FW-1 before failing over, FW-2 resets all currently running connections as they're out of state from its perspective. New connections shouldn't be a problem though.

If that is not as desired, you need to either use firewalls that permanently synchronize states from active to standby, or to deactivate state tracking altogether. How either can be accomplished depends on your device types/models.

If you think that you have already configured everything that way, please add the device configurations to your question (using the editor's {} function).