How do you know if a Cisco switch is handling traffic well?

I have just read Jeremy's question about 2960-S and iSCSI traffic handling, which drove me to ask this question: We all have lots of switches deployed in distinct infrastructures, how can you know that the traffic is treated well?

I usually check CPU, RAM and system logs but didn't think about buffers.

I used show buffers failures and here is an example of the data:

How can I know on which interface this occurred?

Are there other performance metrics that should be reviewed?

That depends on the switch model you have and it's not that easy.

Smaller Catalyst switches in general use at least two forms of buffer - there's usually a interface-lavel buffer, on the smaller Catalyst (2k/3k) visible in 'show buffers' under the section named 'Interface buffer pools:':

On the 4500 and 6500 in particular it gets messy, as there is a number of pools that packet can go through - input interface (ASIC) buffer, the pool at linecard level (on the 6500 at DFC), at the switch-fabric level and at the end the buffer at Supervisor level. They don't have to be physically separate memory pools, but are often mapped in different commands to different names to ease the troubleshooting process (at which step of the packet walk-through was the packet dropped for example).

You've got great replies so far.

Like Lukasz says the buffer setup is a bit complex on the Catalyst switches. There is a pool that you assign buffers from for the 4 egress queues. You can choose to reserve a certain amount of buffers and let the rest sit in a pool and use it as needed. The buffers that are reserved can't be touched by other queues/thresholds. 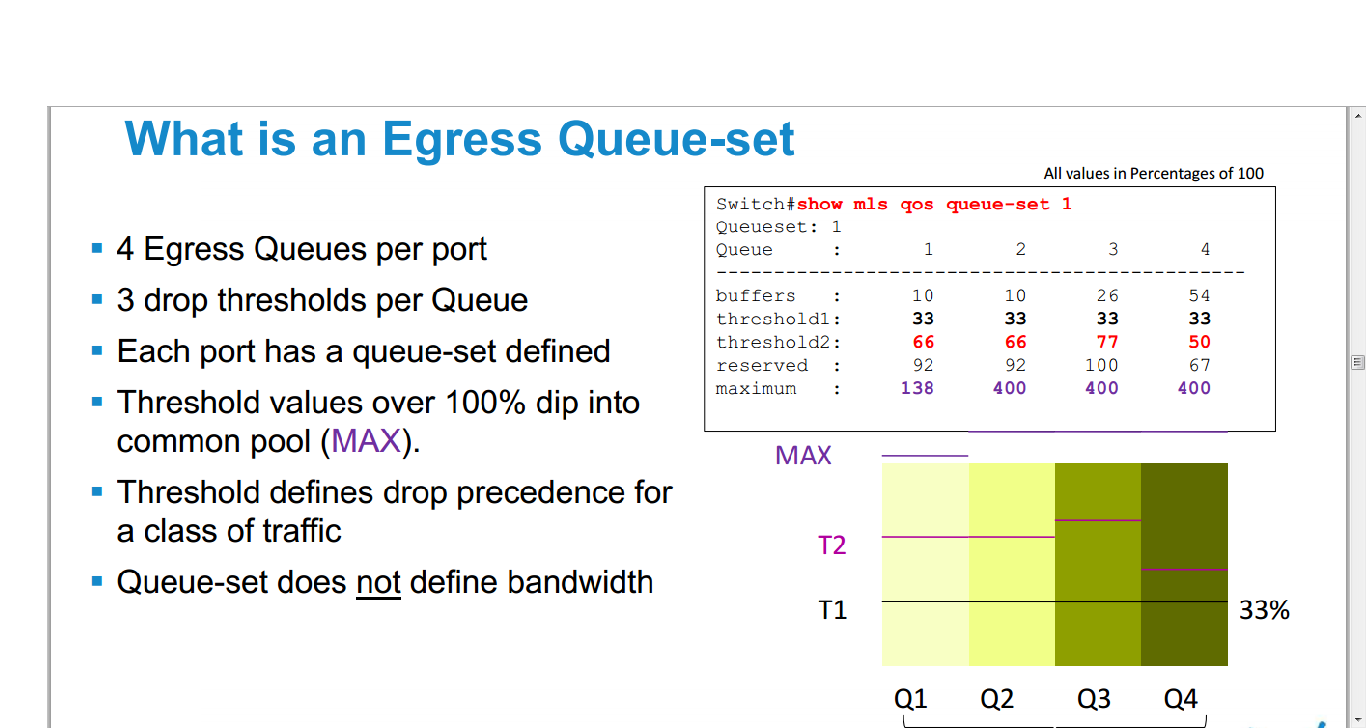 To see drops on different queues/thresholds use this command:

If you are getting buffer failures, I would use a command like the following:

You will need to manually sort through the output a bit, but you are looking for lines were you have more than 0 no buffer errors like this:

Not the answer you're looking for? Browse other questions tagged cisco switch monitoring iscsi performance or ask your own question.

26
How can I capture traffic on Cisco IOS switches?
10
How do you throttle Dropbox Traffic?
5
How well does 802.11k actually perform on large-scale networks?
2
Cisco switch showing zero input/output while there is traffic
3
SNMP configuration on a Cisco switch
2
How to know the interface utilization on a Cisco switch?
1
How to access the Cisco Catalyst 2960 Series switch port mirroring webpage/admin interface?
1
How does a router monitor traffic between two devices on a switch
1
Right Cisco switch for iSCSI SAN network
1
1 switch handling several servers or several switches handling a server each?