Circuit switching. How is the data rate divided for each circuit in a link for FDM and TDM? 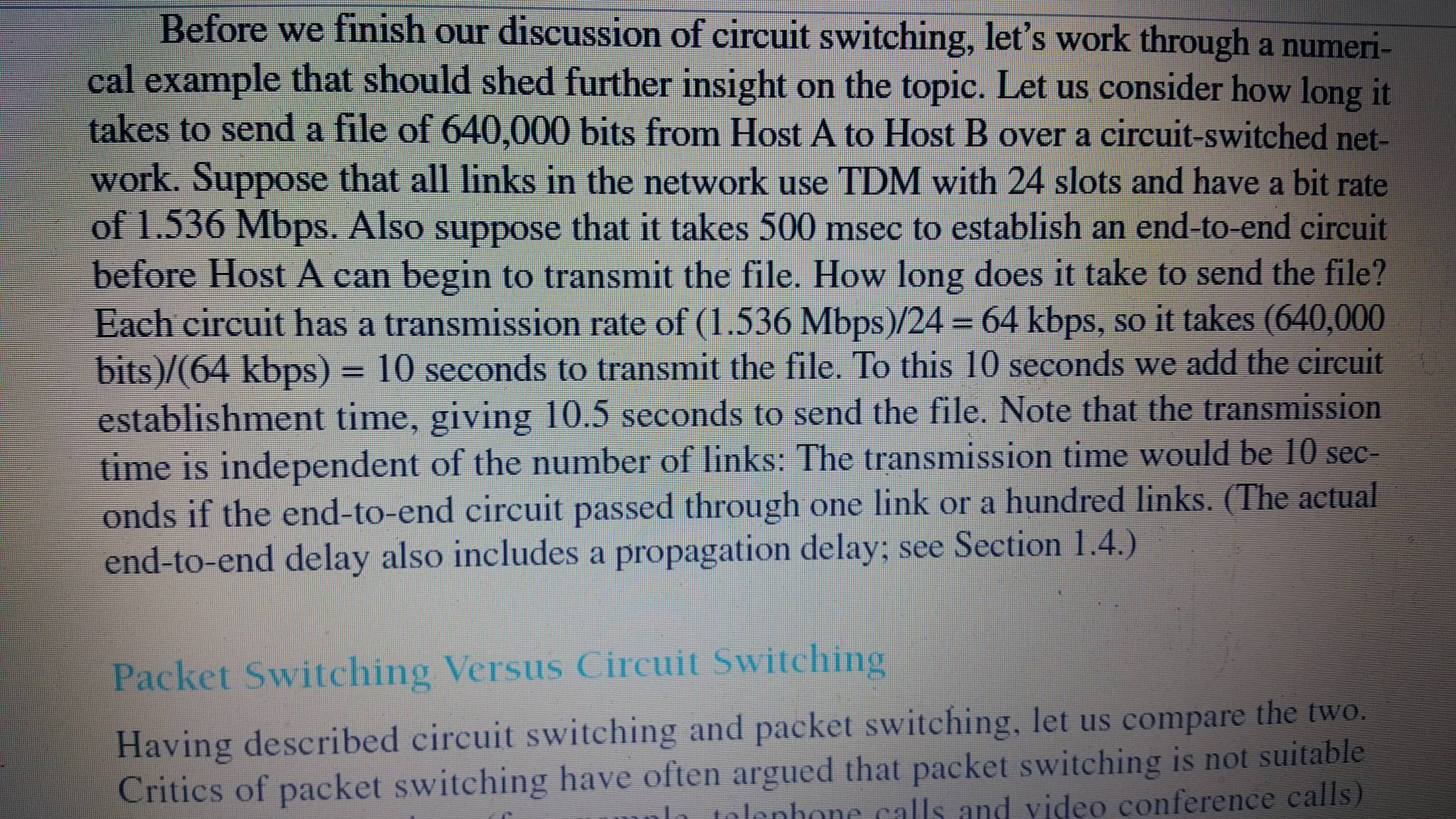 The bandwidth is measured in how many bits-per-second you can send on the link. FDM will allow simultaneously sending that many bits in aggregate by dividing the frequency into sub-frequencies, each with a smaller bandwidth (think cable television that simultaneously sends all the channels across a link on different frequencies, each only taking a small part of the total link bandwidth).

Not the answer you're looking for? Browse other questions tagged switching network layer1 or ask your own question.

1
store-and-forward or cut-through switching default for cisco switches?
8
Will STP lose data whilst switching from a failed link?
1
Why Switching Modes and when to use one of the other?
2
Is FDM and TDM only used in circuit switched networks?
1
Confused between packet switching and circuit switching
0
Can a switch be used for either circuit- or packet- switching?
0
How could the line rate of T1 be 1.544 Mbps?