Catalyst switches usually form a stack on boot up, even if they are not stacked. They just form a stack with themselves. So Prime Infrastructure reads out the model of the switch, that says it is a stack. This leads to the fact, that the device model will be displayed as Cisco Catalyst 29xx Stack-able Ethernet Switch in Prime. 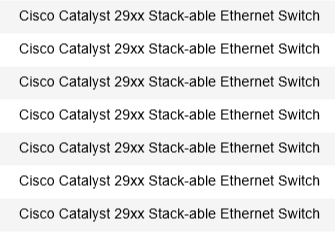 There was a fix in IOS that told the switch to not report the stack, but the model via SNMP instead.

This lead to a clean Prime Infrastructure database. 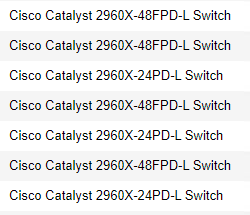 Now this command is not working on IOS-XE and this leads to the same bad database issue we have had in the past:

Does anybody know a fix for this in IOS-XE?

Browse other questions tagged snmp stacking ios-xe prime or ask your own question.