I'm not sure why this is happening, but I have a Cisco ASA peering with a Forigate to create VPN Site-to-Site Tunnel. The odd thing is I see this in ASDM, the Cisco ASA is creating two(2) identical tunnel IDs? Furthermore, bringing up the Tunnel will only work if a host on the Cisco ASA network initiates a connection through the Tunnel, not the other way around. 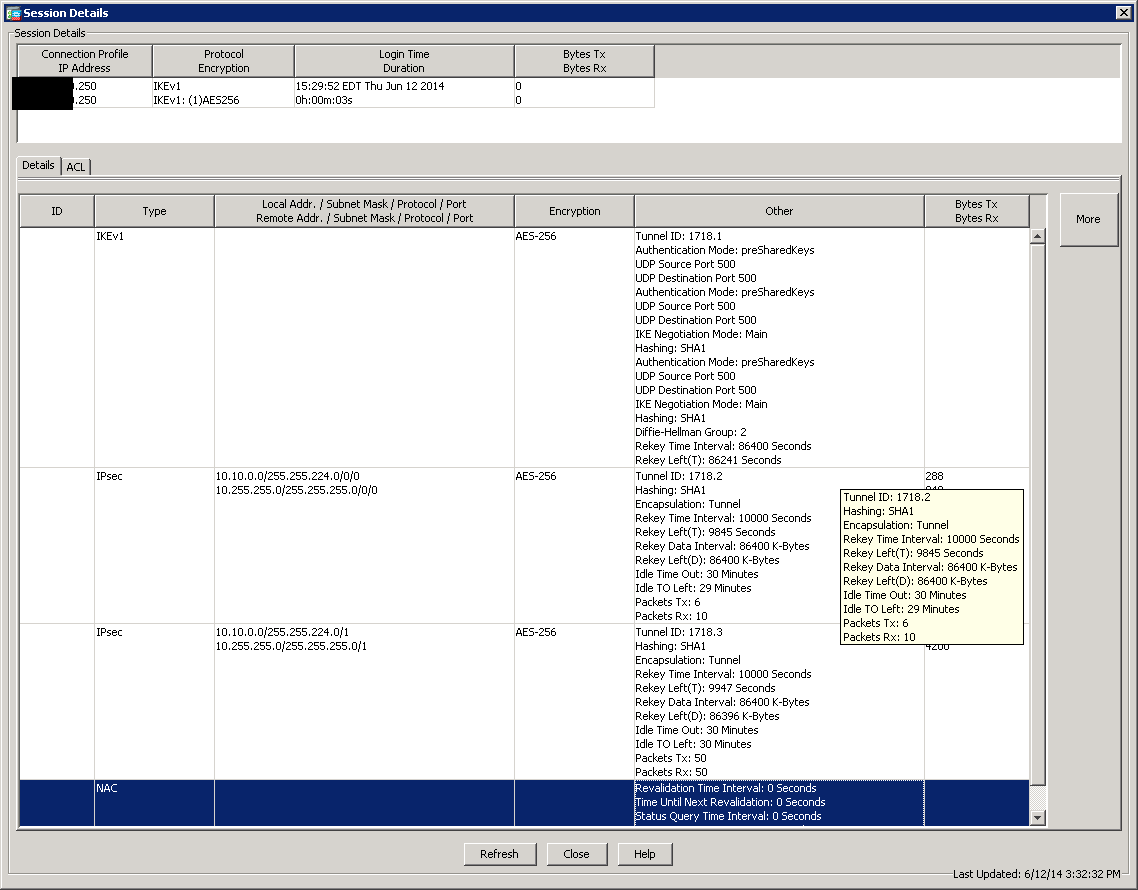 Basic Info is 2 networks with ACLs allowing ICMP and IP

Has anyone come accross this before with the identical Tunnel IDs?

There will be one security association ("tunnel") per ACL rule.