What type of Cat5e cable is this?

I am a fairly new networker and today I was terminating some cable at a gas station that is being built. The network cable that had been run from the gas pumps to the wiring closet confused the crap out of me for 2 main reasons.

I had never seen a cable like this before and after working with it, I have decided I definitely do not like it. However, I was wondering if there was some reason that it was designed like this (maybe to do with gas pumps and some legal issue or something).

I also took 2 pictures of the writing on the jacket in case it gives you any clues as to why the cable was like this, but I think I can only have 1 picture at a time.

I tried doing some research, but couldn't find anything, so I figured you guys could help me out.

I am new to stack exchange, so if I accidentally did something I wasn't supposed to, please let me know instead of just down-voting and not telling me why (that happened on my first question a couple months ago). 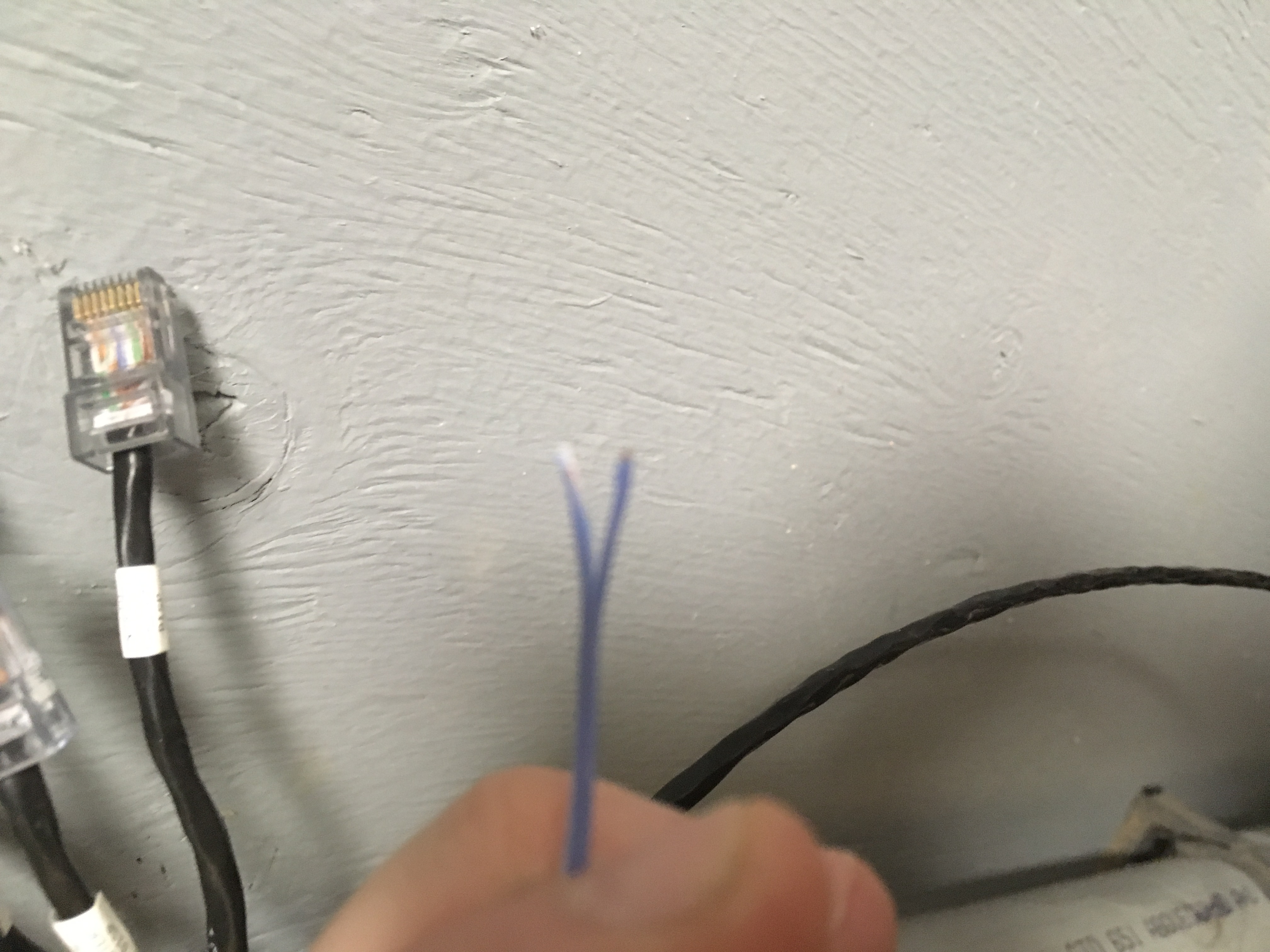 Belden has made what they now call "bonded pair" category 5 and category 6 cables for over 20 years. Before there was such a thing as Cat 5e, Belden was making an enhanced Cat 5 cable with bonded pairs.

They even make a tool to separate the pairs, the 1797B cable prep tool. Works just slightly slightly better than careful razor knife splitting. I have also used a pair of sharp flush cut pliers to split them.

It definitely slows down termination and occasionally you'll nick the insulation and fail to catch your mistake. But it's quality cable and it has held up well for me.

9
The maximum length of CAT6 for intranet network?