What is the behavior of a port in a private-vlan pimary vlan that isn't set to promiscuous? 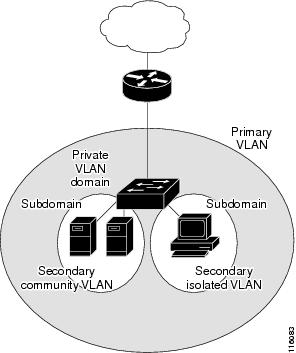 3- A promiscuous port can serve only one primary VLAN, one isolated VLAN, and multiple community VLANs. Layer 3 gateways are typically connected to the switch through a promiscuous port.

Not the answer you're looking for? Browse other questions tagged security private-vlan or ask your own question.