when plot throughput vs time, why 2 links with X delay each differs with 1 link with 2X delay?

First of all, I am fairly new to TCP, sorry if I miss anything obvious. Also, any suggestion to help me investigate are welcome.

from my understanding, if I have a setup: 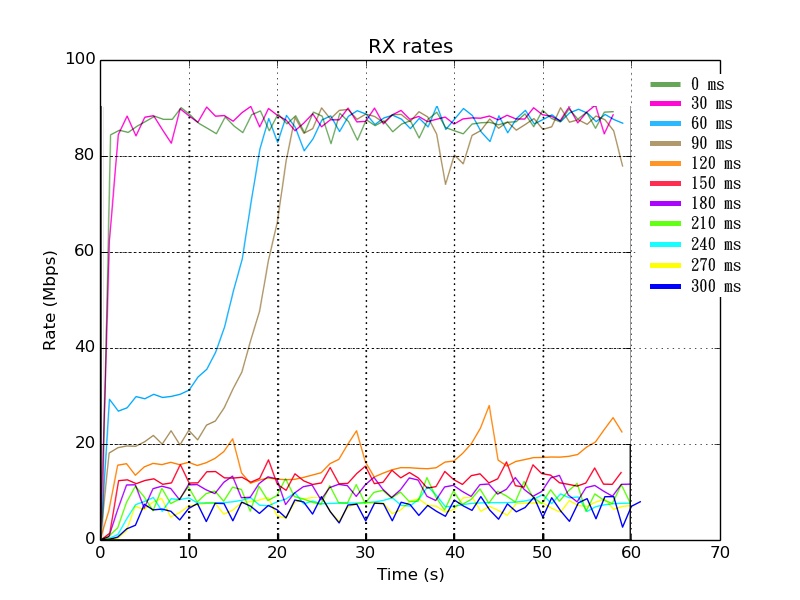 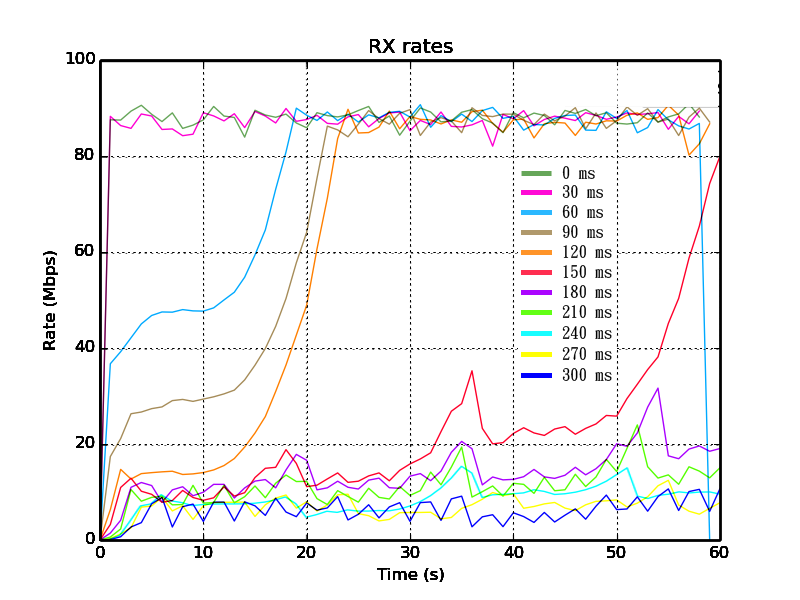 since the total delay of the network should be the same in both scenarios, shouldn't the graph of throughput against time on sender side looks exactly the same?

take the 60ms line in both graphs for example. Although the total delay in scenario 2 is still 60ms in the network, it never encounters another congestion event between around second 1 and until it hits bandwidth cap, not like scenario 1 which had many.

the two major concern are:

some background info that might/might not help:

I think I might have found the reason, but I am not sure. Any feedback will be welcome.

why does some previously unable-to-reach-cap cases could now reach the cap?

The problem is the switch's buffer size.

Since this are lossless links, once I crank the buffer size up every case seems to be able to reach network ceiling.

Not the answer you're looking for? Browse other questions tagged tcp throughput or ask your own question.

12
Accurate strategy for measuring point-to-point link performance?
1
Why does throughput (consumed BW) increase when the packet error rate is increased in the TCP?
2
Random intercontinental TCP streams are slow
2
Collect UDP packets lost during iPerf test
0
TCP cwnd is increasing when congestion occur
0
Is the TCP Reno Fast Recovery algorithm really linear?
0
Difficulty in understanding the concept of "artificial inflate" and "deflate" in the fast recovery phase of TCP