I am learning about ICMP Redirect and I struggle with understanding it. 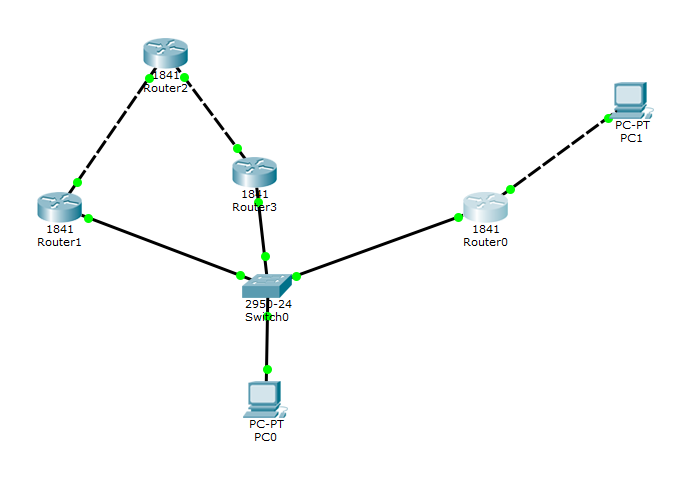 and please let me know if I am right

Sorry for my English

You are almost correct.

Absolutely correct. Since Router3 doesn't know the full path, only the next hop, it would just forward the packet to Router2

Almost. You are correct in saying that Router 3 will send an ICMP Redirect to PC0, informing PC0 that the proper 'next-hop' to get to PC1 is to use Router1. However, when the ICMP Redirect is sent to the original sender, the original packet is still forwarded. Which means when Router1 receives the original packet, it will be receiving a packet from a host in its own network, for which a better next-hop exists, also in the same network (Router0). So Router1 will also send an ICMP redirect from the first packet.

First, in all cases, the ICMP Redirect is temporary. I believe that PC0 will use the information in the ICMP redirect for 10 minutes, before 'going back to' what it knew before... which would prompt additional ICMP redirects, and an additional 10 minutes of more efficient routing.

Second, ICMP Redirect was created when the Internet was a nice place, with trust worthy people. Now a days, the Internet is a dark and scary place, for which you should have very little trust. As a security best practice, most Network Admins prevent their Routers from sending ICMP Redirects and prevent their Routers from 'obeying' ICMP redirects. Similarly, a lot of client OS's also flat out ignore ICMP redirects.

The reason for this is it would be very easy to abuse the ICMP redirect to become a Man in the Middle. If you and I happen to be on the same network, I could easily send you an ICMP Redirect message that tells you the "better next hop" to reach your [Facebook, Banking, e-Commerce, Intra-net Portal, anything] network is through my own IP. Voila, instant Man in the Middle.

As such, I think its good to know the basics of ICMP Redirect, but I think it isn't very functional to spend much time mastering how they work. Its nearly across the board disabled and/or disallowed -- for good reason.

Not the answer you're looking for? Browse other questions tagged router icmp or ask your own question.

1
Is router gw comes into the picture when the routing is within the same subnet?
2
Router and VLANS
3
Help getting Cisco Router to forward on path information to pfSense and vise versa
2
Does reply use the same path from which the ping has been sent?
0
Basic IPv6 Static Routing (Global Unicast Routing)
2
Unable to enable "Directed broadcast" on router in packet tracer?
1
How does a packet travel across multiple routers/subnets?
0
Configuring routers in Packet Tracer - Simpler configuration
1
Must the host IP be contained in Router's subnet?